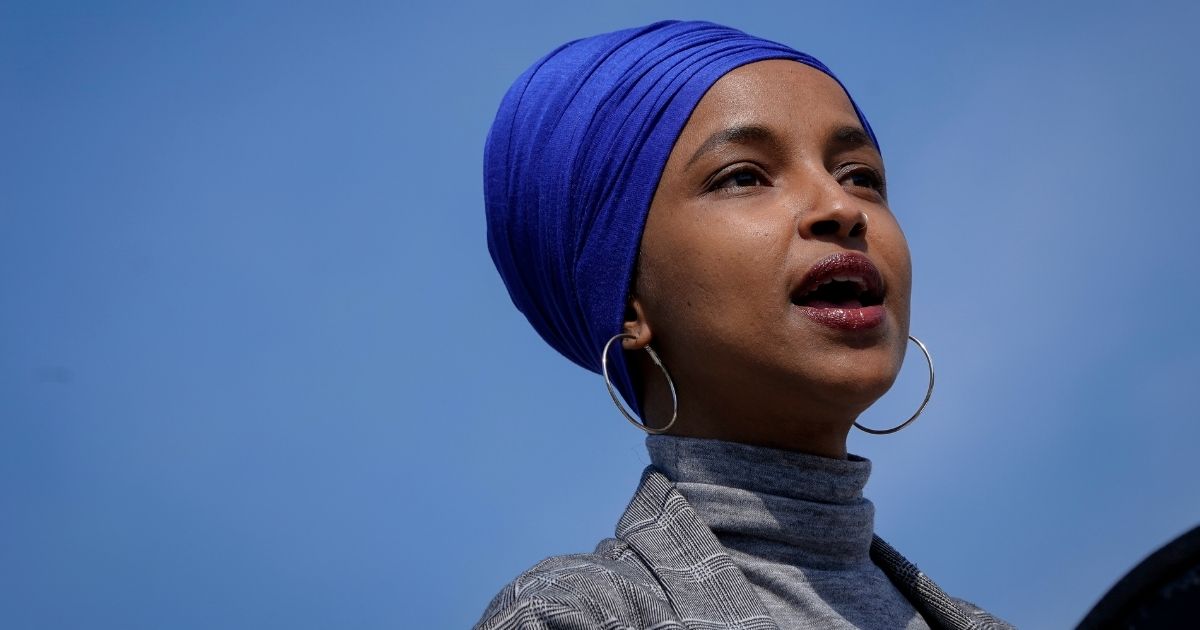 Radical Democratic Rep. Ilhan Omar of Minnesota has convinced the mayor of Minneapolis and the governor of Minnesota to provide special treatment for people who practice the same religion as her.

“My office reached out to the Minneapolis Mayor and Governor’s offices to urge them to include an exemption to the curfew this evening for travel to and from Ramadan activities/prayer services,” Omar tweeted Monday.

“The Governor’s Executive Order was just announced with that exemption so that folks are able to observe the first night of Taraweeh this evening without fear of arrest.”

The Governor’s Executive Order was just announced with that exemption so that folks are able to observe the first night of Taraweeh this evening without fear of arrest.

KSTP-TV reported that police in Minneapolis issued the curfew in response to rioting and looting on the heels of 20-year-old Daunte Wright’s death on Sunday.

While Wright’s death is certainly a tragedy, it seems obvious that rioting and looting are not the correct response. Yet Omar has shown support for Black Lives Matter — an organization that has at the very least allowed this behavior to take place.

On Tuesday, she reposted a video from Dr. Jason Johnson suggesting that policing itself should be abolished in response to Virginia police officer Joe Gutierrez mistreating African-American Army 2nd Lt. Caron Nazario during a traffic stop.

You cannot reform or re-train what is happening right now. Modern Day policing needs to be abolished and re-built from the ground up. pic.twitter.com/IHGVokbDGZ

When you post things that suggest America is racist at the core and every police officer is somehow “out to get” black people, it is not very surprising when those people feel the need to react in harmful ways like rioting and looting.

It’s not too much of a stretch to say that without rhetoric like this from Omar and other leftists, there would be less rioting and looting in the streets. Democrats have no problem blaming former President Donald Trump’s rhetoric for everything bad that happens in America, but they often fail to look in the mirror.

Despite the fact that Omar’s divisive lanugage — the same rhetoric perpetuated by her leftist accomplices in government and the establishment media — has almost certainly contributed to the actions that caused the curfew to be put in place, she apparently feels that she does not have to abide by it. Multiple Twitter users pointed this out after Omar announced the Muslim exemption from the curfew.

“No. Curfew for all. No special treatment for anyone,” one user wrote.

No. Curfew for all. No special treatment for anyone.

“Screw that! Rules dont apply to thee???” another questioned.

Omar has a history of displaying a holier than thou attitude. She and three other Democratic representatives who deemed themselves “The Squad” in 2018 have continually stolen the spotlight with their outlandish suggestions.

The other three members are Reps. Alexandria Ocasio-Cortez of New York, Ayanna Pressley of Massachusetts and Rashida Tlaib of Michigan.

Even Democratic House Speaker Nancy Pelosi has apparently grown tired of their antics, and HuffPost reported that Pelosi criticized them in a new biography entitled, “Madam Speaker: Nancy Pelosi And The Lessons of Power.”

“Pelosi unloads on the Squad, at one point adopting a child-like voice when discussing Rep. Alexandria Ocasio-Cortez, and offers the squad this blunt advice: ‘You’re not a one-person show. This is the Congress of the United States,'” HuffPost reported, discussing the contents of the book.

The truth is that there should not be a curfew at all. Americans should be able to choose when they want to go out of the house, not be told by the government what they can or cannot do.

In addition, if it were not for Omar and other leftists repeating lies about all police officers being racist, it might very well be safer to go out in places like Minneapolis without the fear of running into unhinged rioters.

Should Omar be trying to get out of the curfew she helped instigate?

Yet if there is going to be a curfew, according to leftist ideology, it must apply to everyone — after all, Christians have not been exempt from COVID-19 restrictions when attempting to hold weekly church services. Why should Omar and her ilk be treated any differently?

Democratic leftists are notorious for holding strong convictions on policies right up until those policies start affecting them. If Christians are still not allowed their First Amendment rights in conducting church services during the pandemic (arguably the most important time to hold them), why should Muslims receive special treatment?

Omar and the Democrats made their beds, and now they must lie in them.