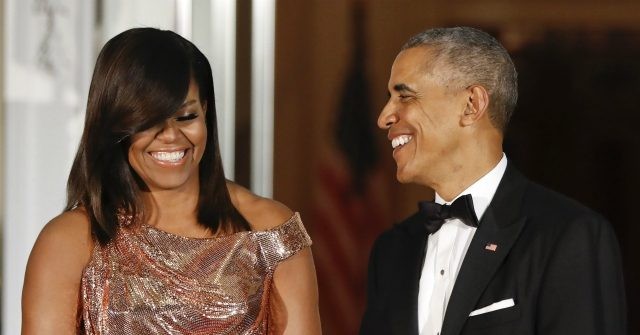 Barack and Michelle Obama are officially moving forward on their planned comedy series for Netflix that is loosely based on Michael Lewis’ anti-Trump book The Fifth Risk, which attempts to portray the early days of the Trump presidency as chaotic and disorganized.

The G Word with Adam Conover will be a comedy series about the federal government, the comedian announced Thursday on Twitter. The series will be co-executive produced by the Obama’s Higher Ground Productions, which has a deal with Netflix, and Conover’s outfit Fair Point.

The Obama’s acquired the rights to the Lewis book in 2018 with plans to adapt it into a series for the streamer.

Very happy to finally be able to share this news: I’m creating a new comedy series for Netflix about the federal government. It’s called The G Word, and I can’t wait to share it with you. https://t.co/cLppFdfoWS

No release date has been announced for The G Word, but Deadline reported that the series will start production in early 2021. The show will reportedly be a sketch comedy exploring the world of federal government employees, with documentary elements mixed in.

Under their lucrative deal with Netflix, which was signed in 2018, the Obama’s have produced the Oscar-winning documentary American Factory and the Michelle Obama documentary Becoming. Former Obama national security adviser Susan Rice currently sits on Netflix’s board of directors.

The former president told attendees of a Las Vegas technology conference in 2018 that he wants to use the Netflix deal to help “train the next generation of leaders.”

‘You Ought to Be Man Enough’

Rick Scott gets no love from the MAGA-verse

How Is Chris Cuomo Still On the Air at CNN?