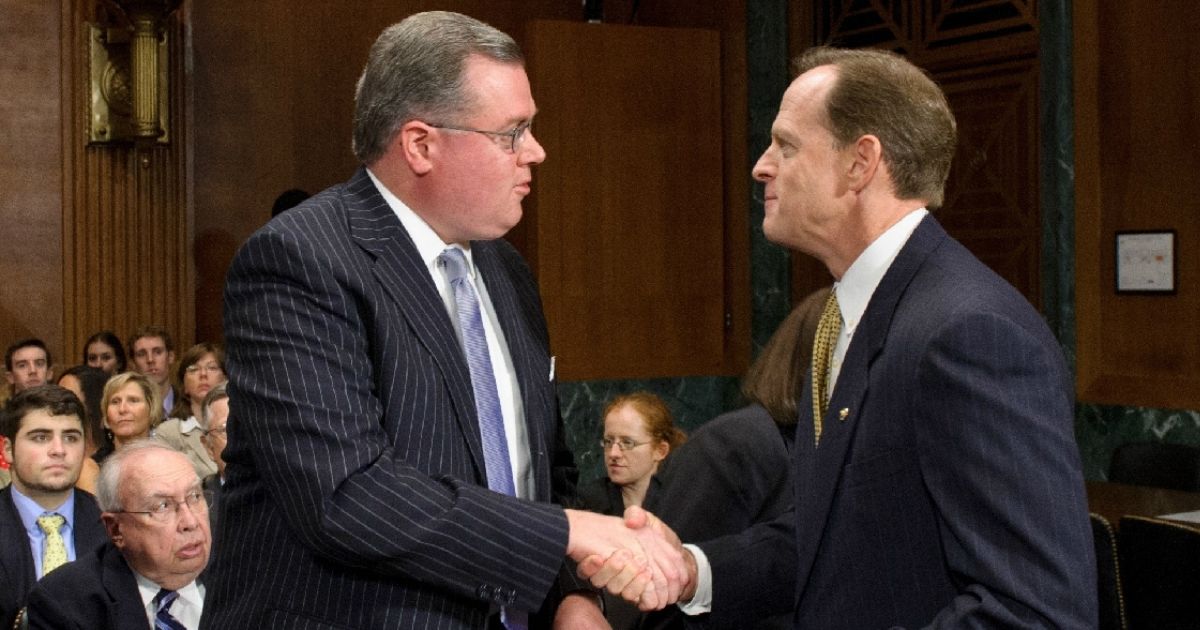 A federal judge who was appointed to his post by former President Barack Obama has shut down the efforts of an attorney representing President Donald Trump to prepare for a crucial hearing on Trump’s lawsuit contesting the election results in Pennsylvania, which currently favor Democrat Joe Biden.

As such, attorney Marc Scaringi of Harrisburg, Pennsylvania, became the attorney handling the state case on Monday, a day before U.S. District Judge Matthew Brann was scheduled to hear motions by Pennsylvania state and county officials to dismiss the lawsuit, according to Politico.

Scaringi filed a request to delay the hearing, noting its complexity, his status as new to the case and recent turnover in the Trump legal team.

“Having only been retained today, Plaintiffs’ new counsel need additional time to adequately prepare this case for the upcoming oral argument and evidentiary hearing,” Scaringi wrote in a court filing.

“Furthermore, this is a case of significant complexity and importance to the people of the United States of America,” he said. “And, further, the court record compiled in such a short period of time already contains 148 docket entries by Plaintiffs, multiple Defendants and multiple Intervenor Defendants.”

The judge refused to give Trump’s new counsel time to further prepare, sending what many would consider to be an outrageous and partisan message to the attorney, the president and the country.

Despite the fact that the case could determine who serves as America’s president, and one side has been amassing its argument for two weeks while the other is barely 24 hours into his role, Brann rejected the request.

“Oral argument will take place as scheduled, tomorrow, November 17, 2020,” the judge wrote. “Counsel for the parties are expected to be prepared for argument and questioning.

A federal judge won’t delay tomorrow’s hearing on President Trump’s lawsuit to overturn the election he lost i n Pennsylvania because most of his lawyers quit. His remaining lawyer – who’s also a radio host – will have to go it alone and is “expected to be prepared.” pic.twitter.com/MAXCWjhDyV

When he was being confirmed for his post in 2012, a time at which Biden was Obama’s vice president, Brann had said in reply to questions that a “United States district judge should be fair, impartial, cordial, timely, calm and dignified. The parties in litigation before the court, their counsel, fellow jurists, and the court staff should be treated with courtesy.”

He also said, “I am committed to upholding the impartiality of the federal judicial system, but it will be difficult to end my career as an advocate.”

“The President announced Saturday that he has asked Mayor Rudy Giuliani to lead the national legal team, along with local counsel,” Ellis said in a statement, according to Politico. “Our substitution of local counsel is consistent with routine managing of complex litigation.”

The campaign is also contesting the results for other reasons.

The Washington Post ran a complete mischaracterization of the Trump campaign’s litigation in PA, erroneously claiming the campaign had dropped the claim of nearly 700,000 ballots processed illegally and in secret.

The campaign did no such thing. https://t.co/DrfC11x5j1

Under state law, Pennsylvania has until Monday to certify the results of the election.

Jogger Breaks Through Ice, Jumps in Freezing Water to Save Drowning Dog