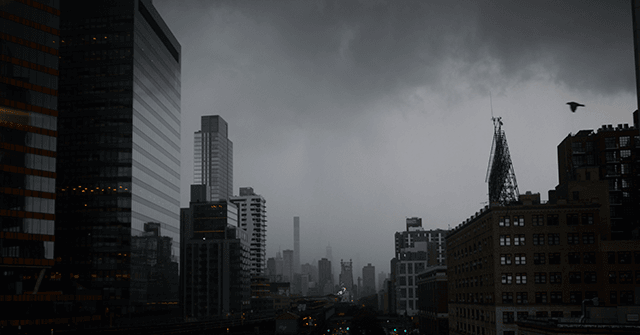 Two irate Popeyes customers in New York City allegedly battered a man with a “wet floor” sign after a verbal dispute, according to a video of the incident.

The video showed the 24-year-old victim inside the Bronx fast food joint around 10:20 p.m. on Saturday having a dispute with a woman about who was next in line.

After the dispute, the woman — who was wearing a long, black wig, a dark-colored coat, and sunglasses —appeared in the video talking to another man.

That man, dressed in all red, then allegedly punched the victim in the head.

The video then showed both suspects beating up the victim as employees dove over the counter to break up the brawl.

The brawl then moved further away from the counter, where the woman could be seen hitting the victim with a “wet floor” sign.

The suspects then allegedly took $150 from the victim before fleeing the scene, the New York Post reported.

The woman came back to the Popeyes without her coat and wig to pick up her to-go order before taking off with the other suspect in a black, four-door sedan, police said.

The victim suffered a cut above his right eye and swelling and pain to his head. He was transported to St. Barnabas Hospital in stable condition.

Both suspects are still at large as of Thursday.

This is not the first time a brawl has broken out at a Popeyes.
In August 2019, customers at a Temecula, California, Popeyes drive-thru got into a verbal spat over wait times to get their food before their fight became physical. Police broke up the fight, but none of them faced charges because nobody wanted to press charges.