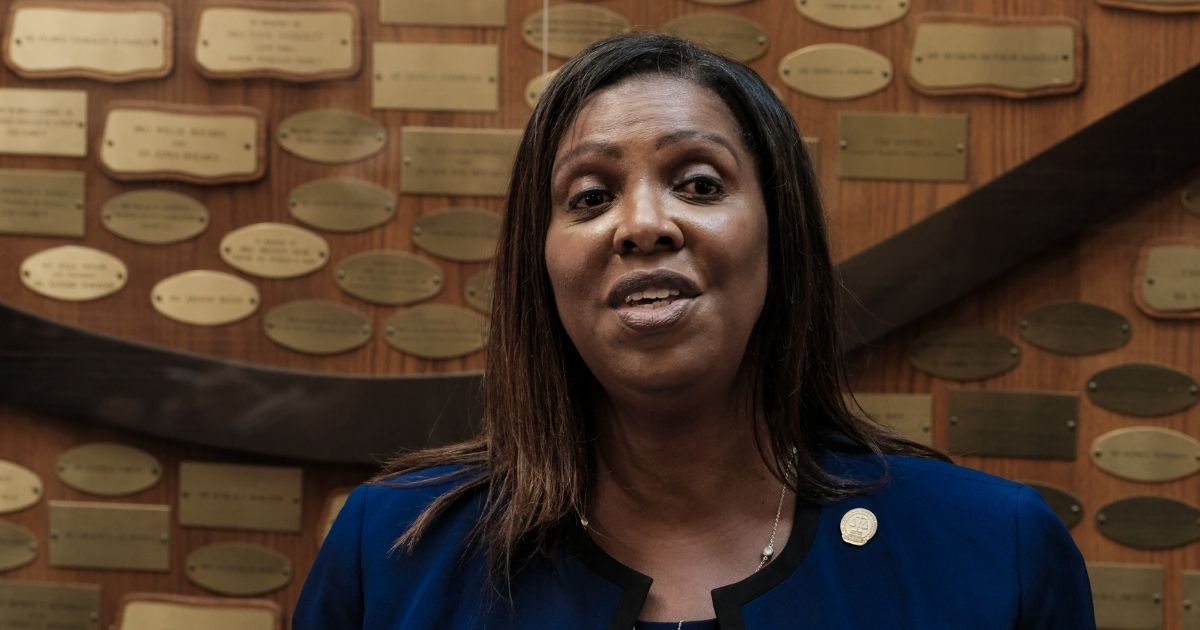 The National Rifle Association is countersuing New York Attorney General Letitia James for an investigation it views as politically motivated.

“James commenced her investigations and this action against the NRA with the sole purpose of seeking to dissolve a political enemy,” the pro-Second Amendment group said, according to Reuters.

The group filed for bankruptcy in January and is planning on moving its New York office to Texas.

Additionally, there will be a hearing in Dallas on March 29 regarding James’ requests for a court to have oversight over the NRA’s financial affairs.

TRENDING: It’s Now So Bad Even a Clinton Adviser Is Warning About Biden, COVID and a Totalitarian Police State

“The @NRA’s claimed financial status has finally met its moral status: bankrupt. While we review its bankruptcy filing, we will not allow the @NRA to use this or any other tactic to evade accountability and my office’s oversight,” James tweeted last month.

While we review its bankruptcy filing, we will not allow the @NRA to use this or any other tactic to evade accountability and my office’s oversight.

Filing for bankruptcy is a common tactic used by organizations and individuals to avoid legal action pertaining to finances, but James’ decision to go after the NRA in the first place is under heavy scrutiny.

“In the wake of violent tragedies, amid a polarized political landscape, a candidate for the New York State Office of the Attorney General made a stunning campaign promise,” the countersuit’s preliminary statement explained.

The NRA has filed for Chapter 11 bankruptcy. The county’s largest gun lobby says it plans to leave New York and reincorporate in Texas. The move comes shortly after New York’s Attorney General Letitia James filed a lawsuit seeking to dissolve the NRA. pic.twitter.com/yVcv06ZutT

“If elected, James said, she would ‘take down the NRA’ — not by refuting its policy positions or by advocating for gun control legislation, but by wielding the powers of the NYAG to dismantle the NRA as a not-for-profit corporation.”

The NRA wields massive wields lobbying and voting power in federal and state governments, making it one of the most notable interest groups in the United States.

RELATED: Days Before Democrats Take Control, Biden Vows to ‘Defeat the NRA and End Our Epidemic of Gun Violence’

It makes sense that James would use cracking down on the NRA as a campaign promise, especially because Democrats tend to support gun control.

We are seeking to dissolve the NRA for years of self-dealing and illegal conduct that violate New York’s charities laws and undermine its own mission.

The NRA diverted millions of dollars away from its charitable mission for personal use by senior leadership.

The NRA is frequently but baselessly accused of enabling mass shootings, as the organization is known for objecting to legislation that would regulate firearms.

🚨@NewYorkStateAG’s “‘impetus was nakedly political: to weaken the NRA as a political force in advance of the 2020 elections,’ the complaint says.” https://t.co/Av4bzisCw2

Regardless of the merit the lawsuit against the NRA has, it is crystal clear that the origins of the litigation are rooted in politics.