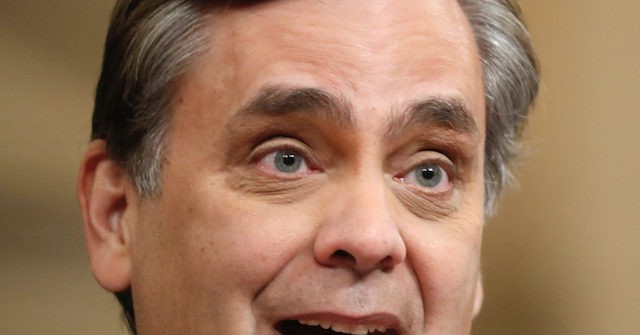 As President Donald Trump’s campaign has filed lawsuits in multiple states over claims of voter fraud in the 2020 election, George Washington University Law School Professor Jonathan Turley on Monday said there is “no reason not to look into

Turley, during FNC’s “Fox & Friends,” pointed out the oddity of people claiming there was no fraud taking place as ballots are still being counted. He advised that the United States has had electoral problems in the past, so there should be an investigation — even though he acknowledged it is not likely that anything overturns the election results.

“You know, it was an odd thing to have so many people coming out and saying, look, there is no case to be made here,” Turley stated. “We’re still in the tabulation stage. You know, the information that would reflect a systemic problem or large numbers of balloting errors would come at the next stage, at the canvassing stage. Most of this information is held by election officials. And it often takes a court order to get that information to the opposing party.”

He later added, “The odds dramatically favor Vice President Biden, but what I don’t understand is how so many people want these challenges to end and for there to be just simply a concession. We have had electoral problems in this country. In 1960, the outcome of that election is still believed to have been fraudulent. You know, in Illinois in Texas there were a lot of fraudulent votes that put Kennedy over the top against Richard Nixon. In 2000, people still believe we didn’t take enough time in Florida and that Al Gore may have won Florida and won the presidency. So, there is no reason not to look at the allegations, to give 71 million people who voted for Trump that sense of assurance that nothing untoward occurred and that their votes really did count. Now, can they really overcome these margins? Probably not, but we don’t know what we’re talking about here.”