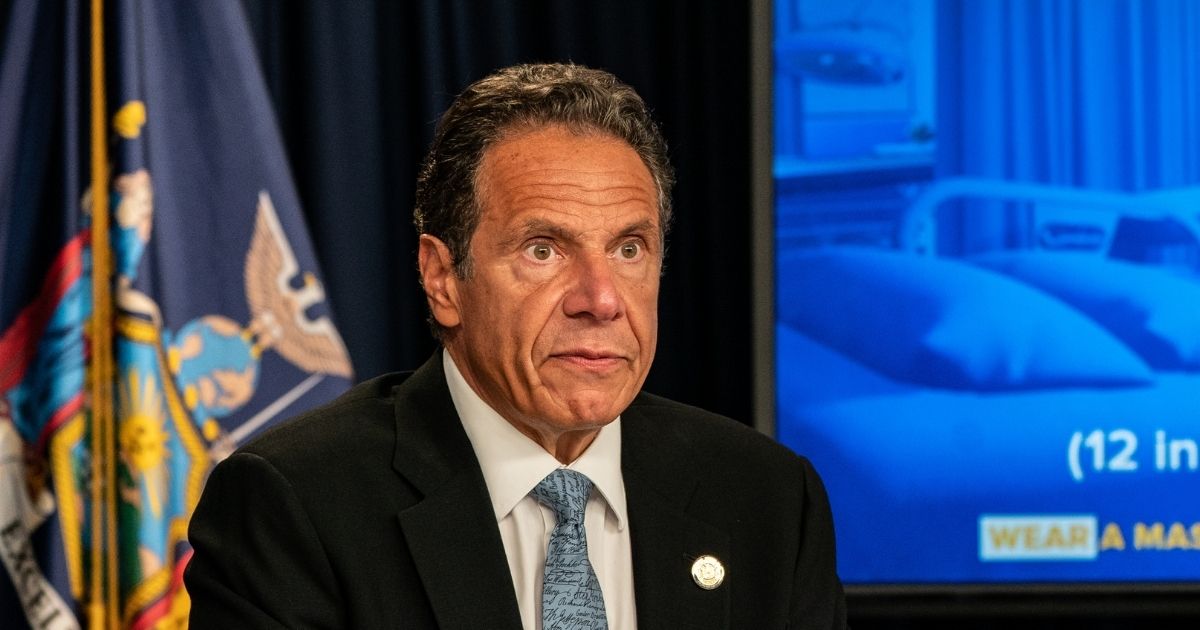 Just before Thanksgiving, New York Gov. Andrew Cuomo has mandated that New Yorkers can only have a maximum of 10 people inside their own homes, but sheriffs far from Albany and New York City’s five boroughs don’t seem to be concerned with Cuomo’s latest order.

In fact, one sheriff in the Empire state has vowed to ignore the order from the Democrat altogether.

Cuomo on Wednesday limited the number of people allowed inside of private residences as part of a crackdown on certain social activities, a mandate he said will help slow the spread of the coronavirus.

The Democrat concluded that his order would take effect at 10 p.m. on Friday.

We know indoor gatherings and parties are a major source of COVID spread.

To slow the spread, NYS will limit indoor gatherings at private residences to 10 people.

Cuomo was instantly criticized for the order, and much of the criticism came from proponents for individual liberty.

But others reacted by attacking the order for disrupting the tradition of Thanksgiving.

Residents in Erie County, New York, of which Buffalo is the county seat, won’t have to worry about Cuomo’s order, though.

Erie County Sheriff Tim Howard said in a statement to WGRZ-TV after the order was issued that his deputies won’t be used to interrupt any Thanksgiving dinners.

“I have no plans to utilize my office’s resources or Deputies to break up the great tradition of Thanksgiving dinner,” Howard said in a statement.

“This national holiday has created longstanding family traditions that are at the heart of America, and these traditions should not be stopped or interrupted by Governor Cuomo’s mandates,” he continued.

“My office will respect the sanctity of your home and traditions, and I encourage you to follow your heart and act responsibly, as well as do what best for your family. On behalf of everyone at the Erie County Sheriff’s Office, I want to wish you and your family a Happy Thanksgiving.”

Another New York sheriff also dismissed the notion he had the manpower needed to break up holiday gatherings.

Do you think more sheriffs should follow suit and ignore Cuomo's order?

“We’re seeing upticks in violent crime in this county, domestic violence, overdoses,” Filicetti said. “I have limited resources here so I have to prioritize what I’m addressing.”

“As far as counting cars in a driveway or going up and knocking on someone’s door, I don’t know how we can feasibly do that.”

When asked what his deputies would do if a complaint was called in about neighbors breaking Cuomo’s rules, Filicetti said enforcement action wasn’t likely.

“If we responded to that type of complaint, we can certainly advise a homeowner of what the new protocol is,” he said. “But as far as taking enforcement action, I just don’t see that.”

We had it better under Trump – HotAir

Only 21% Worry About Covid Infection After Operation Warp Speed