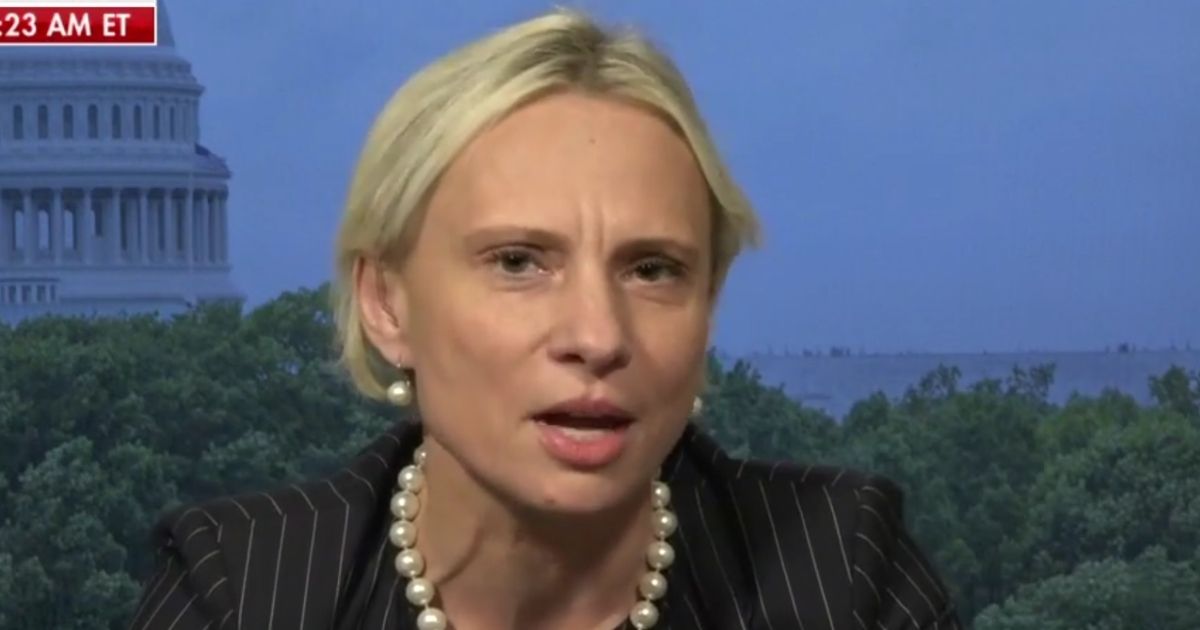 Republican Victoria Spartz, who will be the new representative for Indiana’s 5th Congressional District, is unique among politicians in that she was born in Soviet Ukraine. A successful businesswoman, The New York Times said she “used her rags-to-riches story of success to emphasize her belief in limited government” to defeat Democrat Christina Hale in what was considered a swing district.

The Times, being what it is, described her as having “moved enough rural, conservative voters in the district, overwhelming pockets of suburban voters who had chafed at her boldly partisan messaging.”

That “boldly partisan messaging,” apparently, is talking about socialism from the position of someone who grew up under its yoke.

In an appearance on Fox News, she had a three-word warning about the creeping influence of socialism in the Democratic Party: “It’s not pretty.”

“I grew up in a socialistic country, it actually was the [Soviet] Republic of Ukraine,” Spartz said.

“In my 42 years, I grew up in socialism, I saw what happens when it runs out of money and it’s not pretty.”

“And now, I came to America 20 years ago with a suitcase after meeting my husband on a train in Europe, and he’s a raised and born Hoosier,” Spartz continued.

“And now we’re building socialism. I’m kind of going full circles. I can tell you what is going to be next. It’s very sad for me to see that.”

Is the Democratic Party creeping toward socialism?

She said that “as a mother of two daughters, it made me get involved and do something about it, because it’s not very good for our country.”

But that’s just the party’s left wing, right? That’s the corner occupied by “the Squad,” the Justice Democrats and their followers. Moderates and lukewarm Democrats who voted for Joe Biden and Kamala Harris — they’re not cosigning that, right?

“We need to be good students of history,” Spartz said. “Our country, for the last century, we fought against socialism — and a lot of young kids died. I took my kids to the beaches of Normandy and you can see how many young kids died fighting for freedoms. How many wars were fought and were won.”

She said voters need to know “there are only two systems: freedom and free enterprise, and you have a system where government decides, political elites on top, how we’re going to live and what we’re going to do.”

“This system creates a lot of destruction and misery so we have to be smarter than that,” she said.

The message apparently resonated with voters in Indiana. In the closing days of the campaign, the race — considered a toss-up for much of the campaign — was rated as “tilt Democratic” and “leans Democratic” by Inside Elections and Cook Political Report, according to the Indianapolis Star.

Hale had also raised $3.5 million while Spartz raised $1.4 million with a $1.27 million personal loan in addition to that.

And yet, when the votes were counted, it wasn’t particularly close. Spartz beat Hale by a 50 to 46 margin — not a blowout, but not exactly “tilts Democratic” territory, either.

The fact is that even as Hale billed herself as a moderate-leaning Democrat, the Democrats also tend to hang together. For right now, the party’s centrists are reportedly furious with “the Squad” and other progressives who they say cost them seats in the House of Representatives.

During a contentious post-election conference call, one more moderate Democrat, Rep. Abigail Spanberger of Virginia, said that “[w]e need to not ever use the word ‘socialist’ or ‘socialism’ ever again” and that if the party uses rhetoric like that, “we will get f—ing torn apart in 2022.”

The Spanbergers of the world are talking now, but “the Squad” and Sen. Bernie Sanders — socialists all — get more coverage and are more persistent. They’ve positioned themselves as the future of the Democratic Party and they’re better at getting media air than anyone talking sanity. How many people had heard of Rep. Spanberger before that rant, after all? And how many have heard of her now?

If the Republicans want to tear apart the Democrats in 2022, there’s a blueprint for doing it: Remind voters, like Spartz did, of the end product of socialism. “It’s not pretty,” indeed.