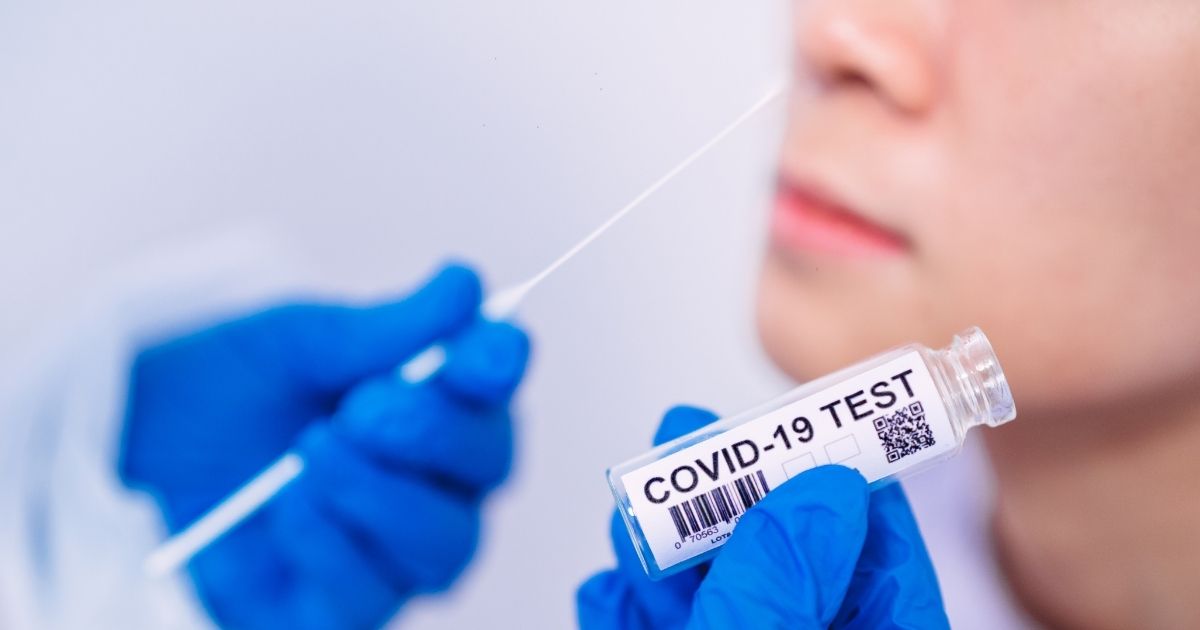 A new strain of COVID-19 is rampaging through Britain, causing officials to impose a tough new lockdown in the days before Christmas.

The eruption in London and southeastern England is “out of control,” Health Secretary Matt Hancock said on Sunday, according to CNN.

The outbreak has triggered what is known as “Tier 4” restrictions that shut businesses and most stores.

The strain is called “VUI – 202012/01,” and is 70 percent more infectious than other strains, Prime Minister Boris Johnson said, according to the U.K. Daily Mail.

Hancock told CNN the new strain is caught “more easily from a smaller amount of the virus being present.”

And even though it is not inherently more dangerous than other strains, the ease with which it spreads means tougher actions need to be taken to control it, Hancock said.

“The only way you can do that is by restricting social contacts and essentially, especially in Tier 4 areas, everybody needs to behave as if they may well have the virus and that is the way that we can get it under control and keep people safe,” he said.

“Given how much faster this new variant spreads, it’s going to be very difficult to keep it under control until we have the vaccine rolled out.”

Health Secretary Matt Hancock says the new strain of the virus is “out of control” and everyone in Tier 4 areas should behave as if they have Covid.#ridge

“We don’t want to do any of this but it is necessary. This has been an awful end to what has been an incredibly difficult year and on Friday when we were presented with that new scientific evidence about the new variant, it was our duty to act,” Hancock told Sky News, according to the Daily Mail.

“I just think everybody watching will feel this sense that we both feel of disappointment and that it is just so difficult ahead of Christmas, which everybody was really looking forward to after all the sacrifices that have been made,” he said.

RELATED: Here’s Who You Can’t Take Action Against if You Have Severe COVID Vaccine Side Effects

“But unfortunately this virus, the new strain, was out of control. We have got to get it under control and the way that we can do that, the only way you can do that, is by restricting social contact and essentially, especially in Tier 4 areas, everybody needs to behave as if they might well have the virus and that is the way that we can get it under control and keep people safe.”

As officials told Britons to stay away from each other, they herded into trains to flee London.

However, they could not easily flee their island home. The Netherlands banned travel from Britain as other countries also acted with either temporary or longer-term bans on British citizens coming into their countries.

London and much of south east England, as well as all of Wales have entered a new Tier Four set of restrictions. Movement into and out of these areas has been restricted and foreign travel for all but work reasons is effectively banned. https://t.co/kaTQDuVqEH

But Great Britain is an island, and at this point we should be thinking about keeping this new strain from reaching the rest of the world. That is in everyone’s interest, including Brits. #COVID_V2https://t.co/KKUNk5WmHh

The U.S. is watching British developments, according to Reuters.

“We don’t know yet. We are, of course … looking very carefully into this,” Dr. Moncef Slaoui, head of the Operation Warp Speed COVID-19 vaccination program, told CNN’s “State of the Union” on Sunday, according to Reuters.

Slaoui said the mutation that is ravaging Britain was “very unlikely” to be resistant to existing vaccines, but added, “We can’t exclude it, but it’s not there now.”