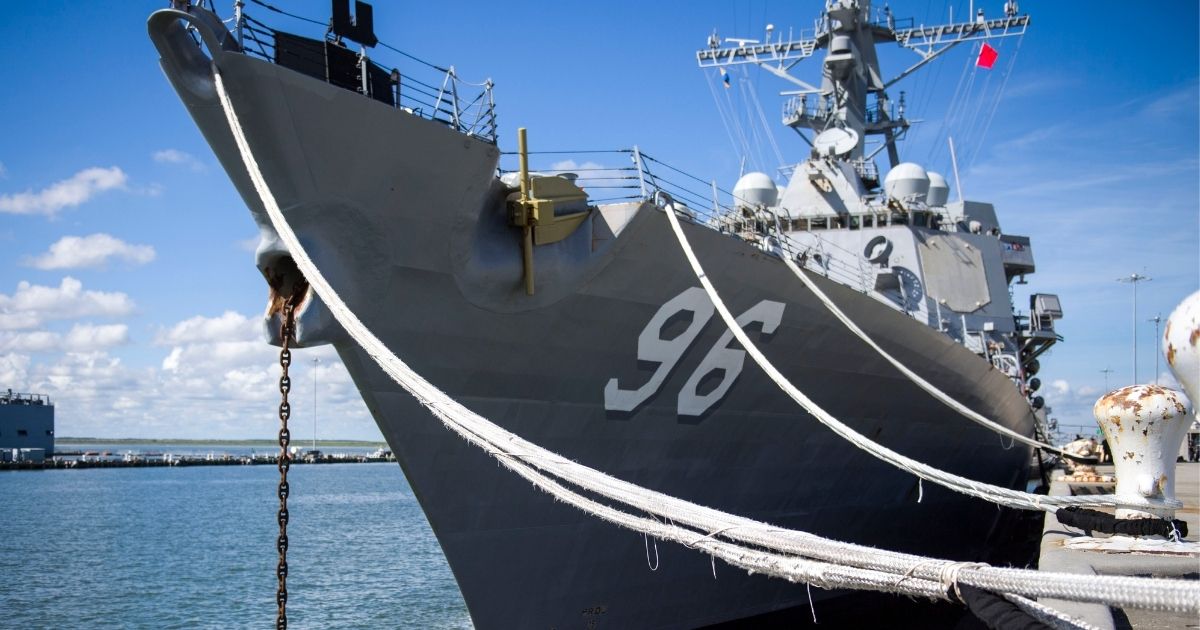 The United States has an extra layer of defense against incoming intercontinental ballistic missiles after the U.S. Navy made history with its first successful downing of an ICBM in space from a warship during a test this week.

The test came weeks after North Korea introduced its largest-yet ICBM at a military parade. Although the missile has not been tested, the BBC reported that it has the potential to reach America’s East Coast.

The successful test took place Tuesday, according to the Missile Defense Agency.

In the test, a missile was fired from the Ronald Reagan Ballistic Missile Defense Test Site on Kwajalein Atoll across the Pacific Ocean northeast of Hawaii.

USS John Finn, the Arleigh Burke-class destroyer equipped with the Aegis Baseline 9 Weapon System, was given the missile’s track through the Command and Control Battle Management Communications network. The weapon system allows “simultaneous air warfare and ballistic missile defense capability,” according to the U. S. Navy.

The ship fired a Standard Missile-3 Block IIA missile and destroyed the target in the mid-course phase in space, the MDA said.

“This was an incredible accomplishment and critical milestone for the Aegis BMD SM-3 Block IIA program,” said MDA Director Vice Adm. Jon Hill in a statement. “The Department is investigating the possibility of augmenting the Ground-based Midcourse Defense system by fielding additional sensors and weapon systems to hedge against unexpected developments in the missile threat.

“We have demonstrated that an Aegis BMD-equipped vessel equipped with the SM-3 Block IIA missile can defeat an ICBM-class target, which is a step in the process of determining its feasibility as part of an architecture for layered defense of the homeland,” he said.

NEW TODAY: In First, Navy Ships Shoots Down ICBM with SM-3 Interceptor … The test could set the stage for a new framework of missile interceptors in the Pacific https://t.co/OlwDncTjG0 pic.twitter.com/7kiunTTdxH

“This first-of-its-kind test shows that our nation has a viable option for a new layer of defense against long-range threats,” said Bryan Rosselli, vice president of Strategic Missile Defense at Raytheon Missiles & Defense, one of the companies that made the missile that downed the ICBM.

Tom Karako, an expert in missile defense policy at the Center for Strategic and International Studies, told DefenseNews the test adds flexibility to America’s defense network.

“Standard [missiles] are not going to replace missiles of significantly larger diameters anytime soon. But by creating flexibility, this capability buys time and creates a bridge toward a future, next generation capability,” he said.

When North Korea unveiled its new missile last month, Kim Jong-Un said his country “will continue to strengthen the war deterrent, the righteous self-defense means,” against threats from “hostile forces,” according to The New York Times.

The show of force just weeks before the U.S. presidential election was not mere chance, one commentator said.

“The Kim regime is focused on domestic challenges and is waiting out the U.S. presidential election before starting another cycle of provocations and diplomacy,” said Leif-Eric Easley, a professor of international studies at Ewha Womans University in Seoul. “Parading a ‘new strategic weapon’ offers domestic political benefits without the risks of an internationally provocative missile test.”

“Despite North Korea being hammered this year by three typhoons, constant food insecurity issues, international sanctions and now threats from Covid-19, the Kim regime has shown the world once again its long-range missile program will continue to advance with each passing day,” he said.