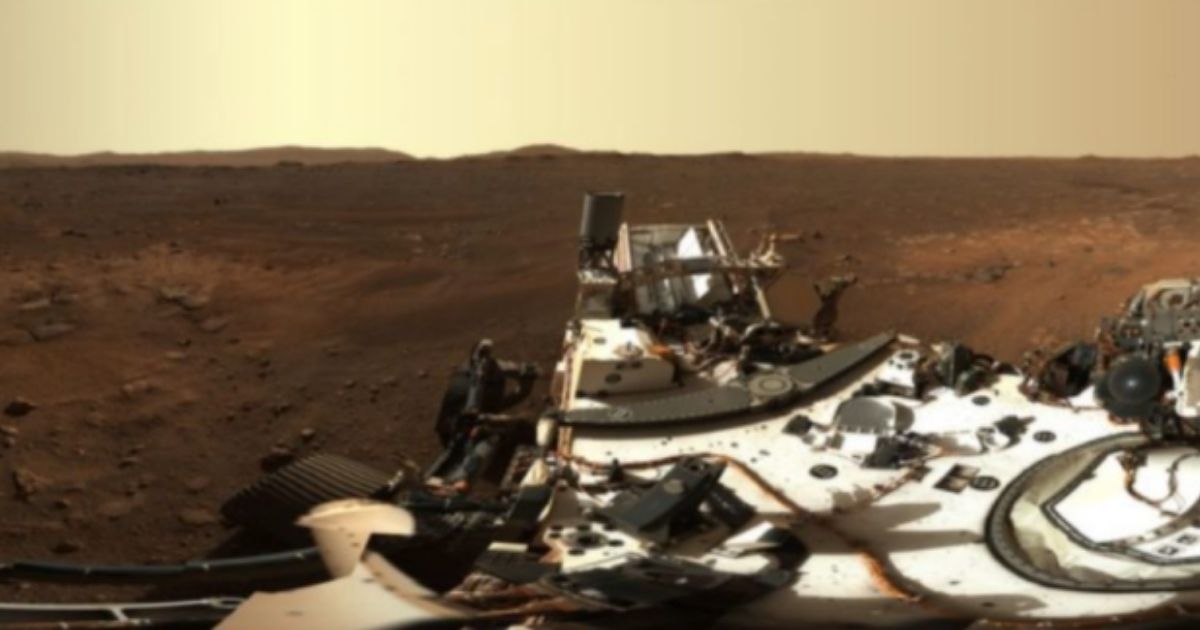 NASA’s Perseverance rover has sent back an unprecedented high-definition look around its Martian home.

The 360-degree, HD panoramic view of Jezero Crater was taken on Sunday, according to a release from NASA.

The rover’s first ever high-definition panorama was assembled from 142 separate images. An earlier panorama was taken last Saturday.

I’m taking it all in. This is the first 360º view of my home using Mastcam-Z. This dual, high-definition camera system sits atop my mast and has zoom capability. Inspect tiny details of Jezero Crater with the special interactive viewer at https://t.co/roDhWK56gj #CountdownToMars pic.twitter.com/TAy28PpG73

Get a guided tour around the first high-def 360-degree look at my new environment. Mission experts explain why it’s got scientists back on Earth excited, and will answer your questions. Tune in today, Feb. 25, 1pm PT (4pm ET/2100 GMT). https://t.co/sjA1YQpurv #CountdownToMars pic.twitter.com/Ujtk22g2dh

The rover’s Mastcam-Z has twin cameras that can zoom in and provide greater levels of detail than previously sent from Mars.

The cameras will help scientists assess the geologic history and atmospheric conditions of the landing site and help NASA scientists select which rocks come in for a further examination.

Is funding NASA a good investment?

The camera provides images that reveal details as small as 0.1 to 0.2 inches across near the rover and 6 1/2 to 10 feet across at the horizon, according to NASA.

“We’re nestled right in a sweet spot, where you can see different features similar in many ways to features found by Spirit, Opportunity and Curiosity at their landing sites,” said Jim Bell of Arizona State University’s School of Earth and Space Exploration.

NASA posted a video of the panorama on YouTube.

“Even though many of us kind of knew, intellectually, what to expect, emotionally it was like blown out of the water” by the images, Bell said during a NASA question-and-answer session on Thursday, according to USA Today.

RELATED: NASA Rover Makes Treacherous Journey to Surface of Mars to Search for Signs of Past Life

“It was incredible, and a lot of us on the Mastcam-Z team are having the same experience with the pictures that were taken with these Zoom cameras.”

Elsa Jensen, instrument operations manager of Malin Space Science Systems, which sends commands to the cameras, said it took two years to develop the commands needed to take the pictures and get them back to Earth.

“You know, it’s funny, because when you take a panorama like this on Mars, it’s very technical. But it’s in some ways the same as when you have your smartphone,” she said during the Q&A session.

“We’re millions of miles away, though. Our selfie stick, if you will, is 150 million miles long.”

She said the command to click an image takes a day to reach Mars.

“And it takes another day before we get the images back. So we have that challenge of time and space,” she said.

Perseverance already has sent thousands of images to Earth, according to Fox News.

They show the Jezero Crater rim and what NASA calls the “cliff face of an ancient river delta” in the distance.

The theory is that the crater, which is 28 miles across, at one time was filled with water as part of a river delta that existed more than 3.5 billion years ago.

Perseverance has been tasked with collecting samples that might show Mars once had living microbes. The rover will collect rock and sediment samples.