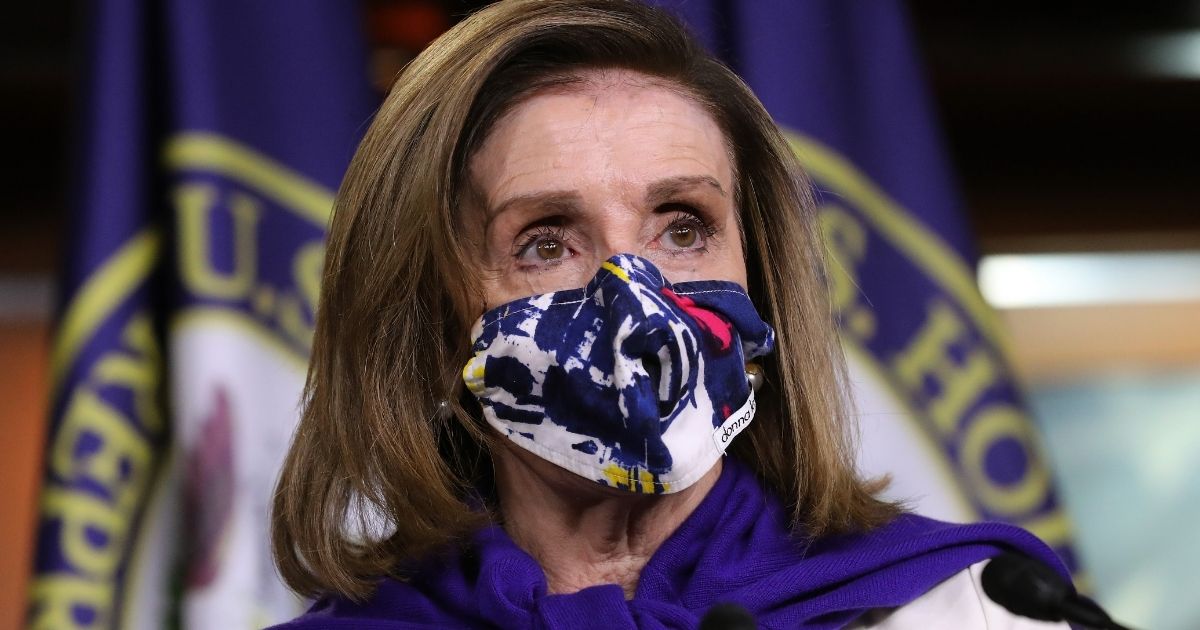 Democratic Speaker of the House Nancy Pelosi has reaffirmed a pledge to seek only one more term as leader of the legislative body.

In a Wednesday news conference, Pelosi told Capitol Hill reporters that she would “abide by those limits” she placed upon herself after many in her caucus urged her to do so in 2018.

The limitations were the result of bitter ideological conflicts kicked off within the party as progressives expanded their influence with numerous big wins in a modest blue wave midterm election season.

“Well, let me just say that, when that conversation took place, there was a move to put limits on the leadership and the chairs of committees. It never came up. They said they were going to do it. They didn’t do it,” Pelosi said.

“But what I said then is that, whether it passes or not, I will abide by the limits that are there.”

JUST IN: Pelosi asked if she’ll hold to making this last term as Speaker.

NP: “What I said then is that whether it passes or not, I will abide by the limits that are there.”

Q: “So is that a kind of Shermanesque statement?”

At 80 years of age, Pelosi has served as House speaker twice throughout the course of her 33-year congressional tenure — which was extended by yet another two-year term earlier this month on election night.

Do you believe Pelosi will honor her pledge?

Despite a hard-fought battle to garner support for a second speakership in 2018, however, age and ideological concerns seemed not to hinder the speaker’s recent campaign.

House Democrats unanimously nominated her to retain the role in a vote conducted remotely Wednesday, according to The Hill.

She will receive a full floor vote in January, when oaths of office are officially administered to members of the 117th Congress.

And with no opponents propped up in the Wednesday nominating vote, the final decision is something of a formality.

“There’s near-universal appreciation for ‘thank God Nancy was there during this turbulent four years.’ She was the Rock of Gibraltar,” Rep. Gerry Connolly of Virginia told Politico just before the vote.

“I think that’s really why the idea of challenging her has not resurfaced and is not likely to.”

Congratulations to @SpeakerPelosi, once again elected by House Democrats to be our fearless leader and nominee for Speaker of the House for the 117th Congress! #DownWithNDP #ForThePeople

Democrats suffered heavy and unexpected losses in the House of Representatives during the 2020 presidential election and are now expected to carry only a seven-vote majority into the coming term, should current electoral leads hold in the 13 congressional races still outstanding, CNN reported.

Those losses did little to move the party in a new direction when it comes to leadership, with a number of Pelosi’s fellow ranking members also on track to retain their roles in the 117th Congress.

Of course, this does not necessarily indicate contentment with the party platform among caucus members.

According to Washington Post congressional reporter Erica Werner, a post-election conference call took a turn for the chaotic two weeks ago, as several participants argued the close results indicated a need for Democratic leadership to reclaim the wheel and steer the party in the direction of ideological moderacy.

“We lost races we shouldn’t have lost,” freshman Rep. Abigail Spanberger of Virginia is reported to have yelled on the call, adding that “if we run this race again we will get f—ing torn apart again in 2022.”

It seems unlikely party leadership will heed such concerns going forward, however, with Pelosi holding fast to claims she has a definitive Democratic mandate to govern under the first two years of a potential Biden administration.

MLK's Inspiring Message to a Nation Plagued by Violence

Inside the Beltway: The 'post-Trump revival' begins

Biden Will Sign More Than 10 Executive Orders on Day 1,...