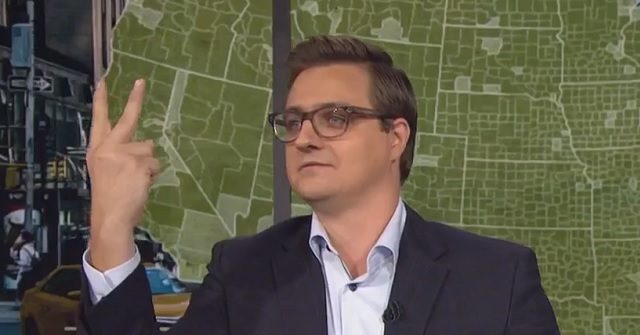 MSNBC anchor Chris Hayes deleted tweets in which he had called Saturday for “thousands and thousands” of “normal Republican staffers” to be held accountable for coronavirus deaths — though he left up some tweets calling for “these people” to be remembered.

Among “these people”: Federalist co-founder Ben Domenech, whom Hayes accused, without evidence, of not caring about coronavirus deaths:

Anyway, remember all these people as the winter continues and we enter the most punishing phase of this. They just don’t care at all. https://t.co/OpuBfS5bdY

Hayes joined the ranks of those on the left calling for retribution against members of the Trump administration, or Trump supporters, for the perceived crime of having worked for, or campaigned for, the 45th President of the United States.

He did not explain how he expected to demonstrate criminal culpability for “thousands” of Trump staffers who worked to provide personal protective equipment (PPE), ventilators, therapeutics, and vaccine trials to save as many Americans as possible.

Notably, a disproportionate number of deaths were in Democrat-governed states, and in nursing homes, which several Democratic governors ordered to accept coronavirus patients regardless of the known risks of the virus to elderly residents.

As Breitbart News reported Friday, leftists and Never Trump Republicans have begun calling for lists of Trump supporters to be made, so that they could be prosecuted, denied future employment, or forced into social isolation.

Biden ‘Taking Action to Try and Undermine the Energy Business’