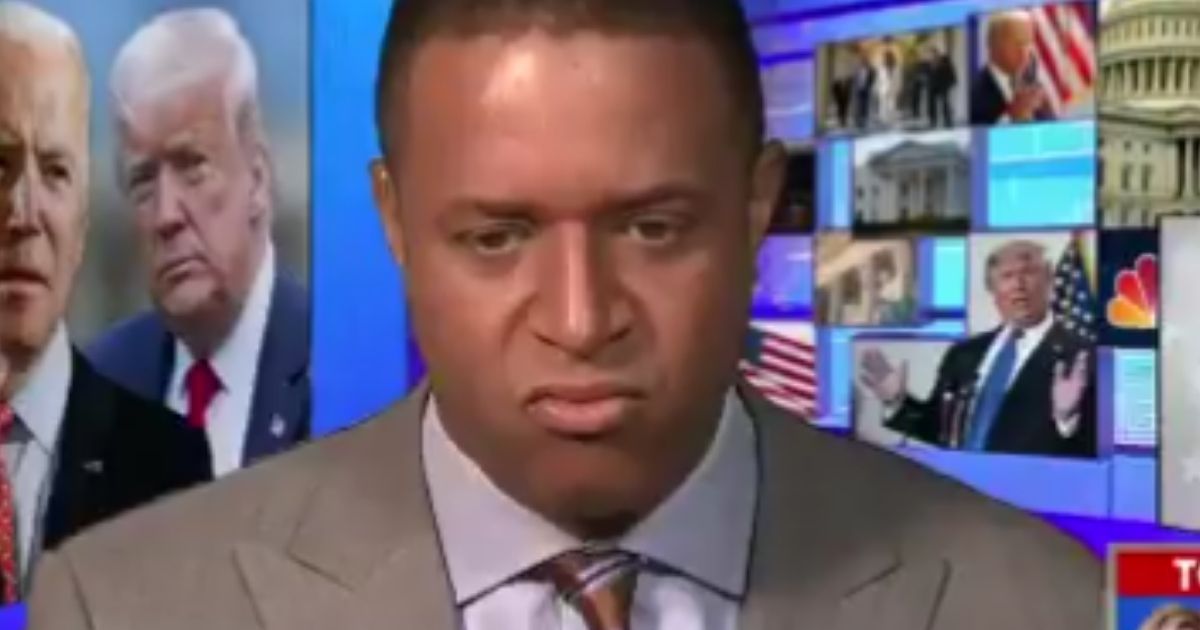 The profane exchange came as Melvin asked his guest to discuss the implications of the Trump administration’s unwillingness to cooperate with the Biden transition team until the 2020 presidential election results were certified.

To the shock of many viewers, Dilanian responded to Melvin’s introduction with, “Oh s—. F—.”

WARNING: The following video contains vulgar language that some viewers may find offensive:

Melvin subsequently cut away from Dilanian — but the damage had already been done, with audiences quick to take note on social media.

According to Mediaite, Melvin labeled the error a “technical difficulty.”

Do you think this was really the result of a technical difficulty?

Clearly humiliated by the mistake, Dilanian was later brought back on-air and apologized to viewers for his use of profane language.

We got Ken back and he would like to say he’s sorry.@craigmelvin, we see you over there. pic.twitter.com/g9eS3ilPRm

“Hey Craig. First, I want to sincerely apologize to viewers who may have heard me use profanity at the top of the last hit,” Dillian said.

“What we’re learning today is the potential impact of the resistance of the Trump administration to acknowledge the Biden win in the intelligence arena specifically.”

Apologizing further, Dilanian took to Twitter to address what had happened.

So sorry for the profanity I used on air last hour. I was experiencing some technical difficulties and mistakenly hung up on the control room, though my mic still was on. Perils of playing producer, cameraman and tech support all at the same time from home. #2020 🙃

Dilanian explained that he was having technical difficulties and had “mistakenly” hung up on the control room with his mic still on.

This is not the first time a news anchor or a reporter has cursed or responded emotionally under the false assumption that they were no longer on-air.

On Monday, Fox News anchor Sandra Smith appeared to be unaware that she was still on-air with a hot mic, when she reacted to a pundit’s claim that Biden’s election win was illegitimate.

Smith’s animated on-air reaction came after a pundit said, “Whoever has decided to be the president, remember, just because CNN or even Fox News says somebody’s president, that doesn’t make them President.”

Smith squinted into the camera and said, “What?”

The pundit continued, “I think everybody wants to know that this was done properly and legally and that we trust the results.”

“What is happening?” Smith looking around and shaking her head in disagreement.

Unlike Dilanian, Smith has not commented on the mishap.