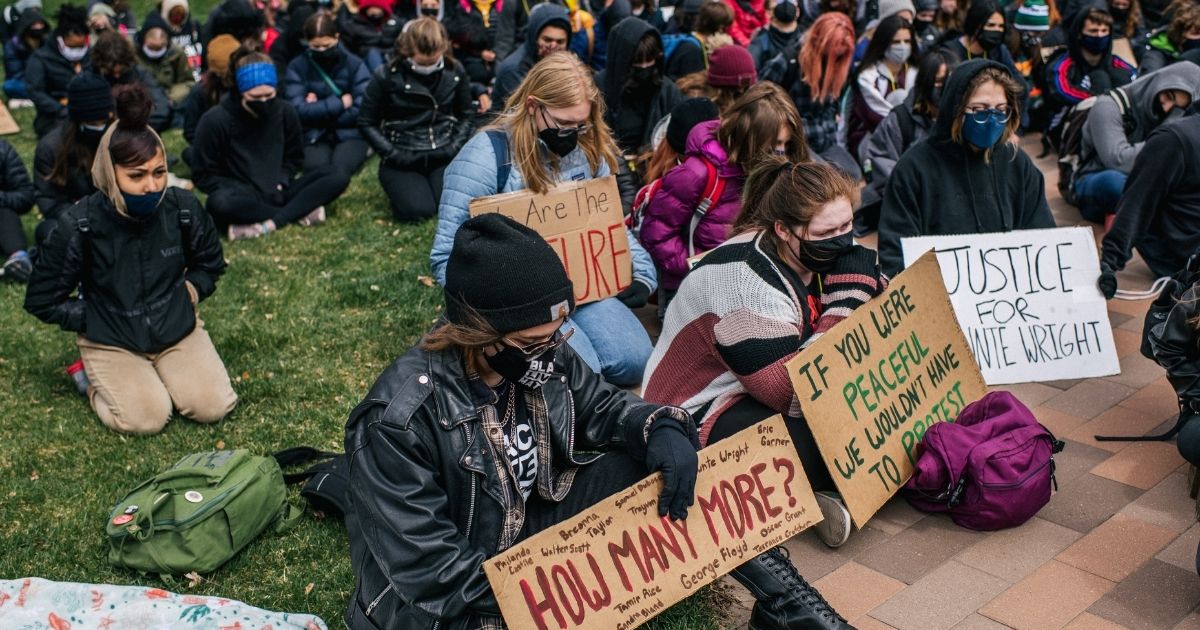 Minnesota high school students walked out of their classrooms Monday afternoon to protest racial injustice, specifically the killing of Daunte Wright during a traffic stop on April 11.

Minnesota Teen Activists organized the protest to begin at 1 p.m. and held a moment of silence at the time of Wright’s death, 1:47 p.m., the Minnesota Star Tribune reported.

“We are hoping that not only school districts receive our statement of action but as well as the state of Minnesota,” group founder Aaliyah Murray, a Fridley High School student, said.

“We are sick and tired of injustice.”

Students from Eden Prairie, Robbinsdale, Elk River, Fridely and Moorhead all walked out of class to highlight problems of racism and discrimination within their schools as well as hurt and frustration over Wright’s death.

“How can we possibly focus on school when the whole world’s eyes are watching Minnesota now?”

Do you think there will be more unrest in Minnesota this week?

Minnetonka Coalition for Equitable Education has been pushing the school district for changes like anti-racism training and an updated curriculum.

“Outreach from our students in particular certainly influenced the development of this goal and the speed by which we have been working on the elements of it,” Getty said.

However, Minnetonka senior Ahlaam Abdulwali said the district has not done enough.

“I’ve seen a really big difference in the attitudes and sentiments that people had last year,” Abdulwali said.

RELATED: Report: Some House Democrats Are Furious with Maxine Waters, May Vote to Censure Her

“It’s just the school administration that isn’t making solid policies and actionable items that will create a change that’s permanent.”

Minneapolis Public Schools have moved all classes back to distance learning Wednesday-Friday this week in preparation for any unrest that will come after the Chauvin trial, KMSP-TV reported.