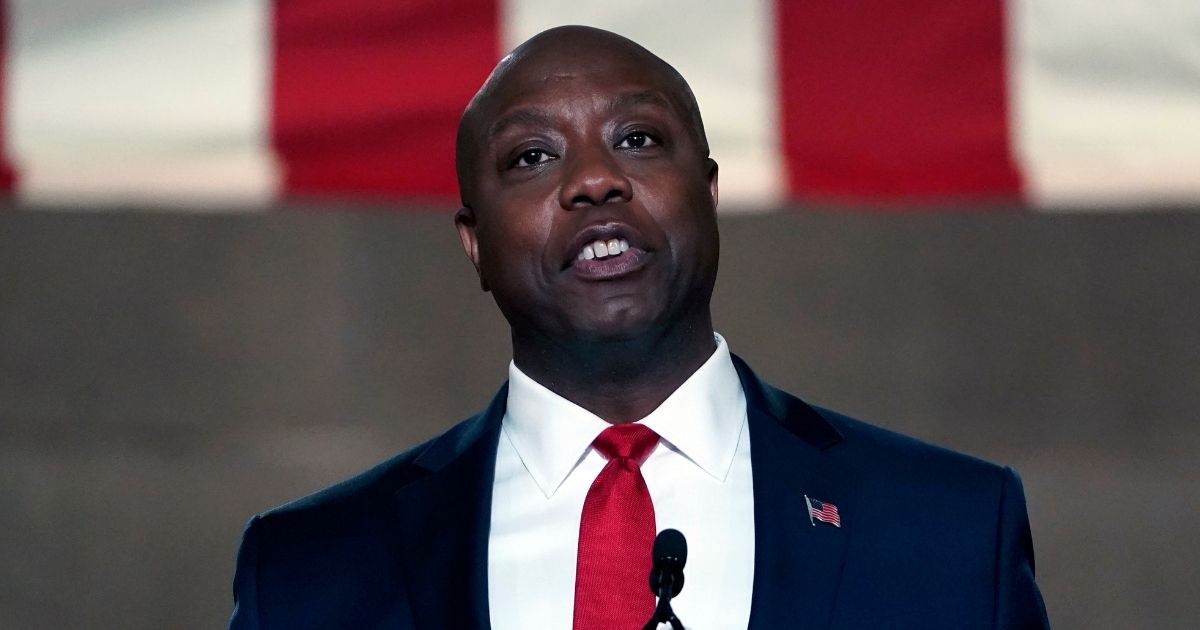 I haven’t written much about the racist attacks from the left on my friend Sen. Tim Scott for his terrific speech in response to President Biden’s address to Congress.

You can tell how terrified leftists are of his positive message that America isn’t a racist nation by the fact that they’re trying to prove how racist it is by acting like a bunch of revolting racists.

I didn’t comment on Joy Behar or Jimmy Kimmel (both of whom have appeared in blackface in the past, but they’re liberals, so it’s OK) giving jaw-dropping illustrations of condescending rich, white liberals lecturing a black man from the South that he just doesn’t understand racism the way they do.

That’s because I expect them to say dumb things for the same reason that I expect a duck to quack.

And naturally, I expect Al Sharpton to furiously denounce Sen. Scott for promoting unity and defending America. Al Sharpton needs Americans to be divided by racial distrust for the same reason that Bill Gates needs everyone to have a computer: It’s his livelihood.

But the main reason I haven’t commented on this is that it would require me to quote some of the nasty, racist things coming out of the mouths of these people, which are not only insulting to my friend and a great American, but they also personally disgust me. I don’t want to repeat those comments or give them any attention.

However, as the pundit Bonchie at RedState points out, by not shining a spotlight on them, I’m inadvertently playing along with the liberal media, who are also ignoring those stories for a very different reason: to protect Democrats by keeping the public from knowing about their truly offensive comments.

(Here’s another example of how they’ll amplify an absurd charge of “white supremacy” by an innocent person while ignoring those in their own midst who are spewing racist bile like a firehose.)

Has the reaction to Sen. Scott's speech exposed many leftists as racists?

So here’s what I’m going to do. I just told you about these reprehensible comments and the lack of accountability for them. But I refuse to quote them. Instead, I’ll link to Bonchie’s article.

If you want the ugly details of who and what, go there. Then you’ll know exactly what they said when you hear them lecture us about accountability after not being held accountable themselves.

Speaking of vile racist “anti-racist” leftists, if you haven’t seen this video yet, prepare to feel your blood boiling.

A Latino Los Angeles deputy sheriff pulled over a driver for using her cellphone while driving. His body camera recorded her proudly declaring that she’s a teacher, and then calling him a murderer and a Mexican. She rants, “You’re always gonna be a Mexican, you’ll never be white, you know that?”

Fox News national correspondent Bill Melugin identified the driver but didn’t reveal her identity. He did confirm that she has worked as a professor at LA-area schools and has a history of making false complaints against deputies.

Los Angeles County Sheriff Alex Villanueva said we now have people labeling every cop as a murderer because of incidents like Derek Chauvin, but this shows that bigotry and racism come in all colors and ages.

He added, “She claims to be a teacher. I’m not so sure where she is teaching … but if she represents her profession, is that an indictment on her profession and the caliber of people?”

No, I’m sure she would argue that you can’t assume all teachers are arrogant, lying bigots just because one is. After all, if you judge an entire group of people by the actions of just one, you can’t call yourself a “progressive,” can you? Because that’s what racists do.