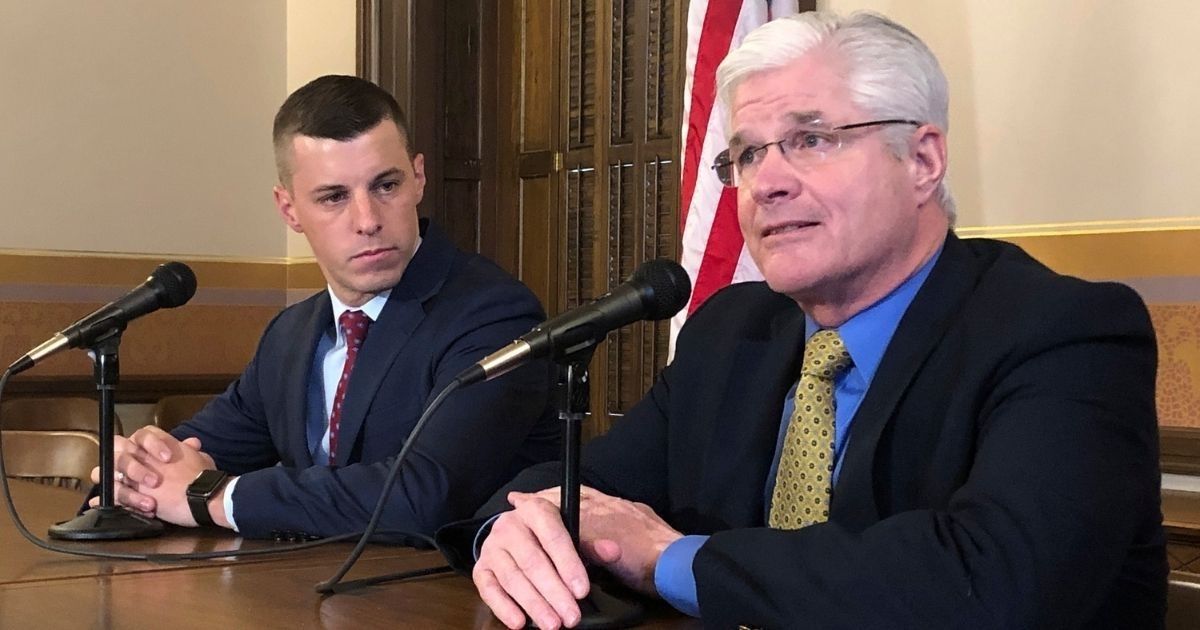 President Donald Trump was reportedly informed by Republicans in Michigan’s legislature on Friday that they could offer him nothing by way of stopping the state’s contested election results from being certified.

The current election results in the state show Trump down 50.6 percent to 47.8 percent to Democrat Joe Biden, according to The New York Times.

There is a deficit of roughly 154,000 votes for the president.

With regard to meeting with Michigan Republicans, Trump on Wednesday did invite GOP officials from the state to the White House, and many joined him on Friday.

Reuters reported the Michigan Republican state legislative leaders said after meeting that despite objections regarding voting irregularities, the state would follow the “normal” electoral process to certify the election.

“We have not yet been made aware of any information that would change the outcome of the election in Michigan and as legislative leaders, we will follow the law and follow the normal process regarding Michigan’s electors,” Michigan Senate Majority Leader Mike Shirkey and House Speaker Lee Chatfield said Friday in a joint statement.

While an apparent blow to the Trump team’s attempts at challenging the results in the state, the president did not appear surprised by the news from Michigan Republicans, nor deterred to continue to move forward with exercising legal avenues to fight the results in Michigan and other states.

On Twitter on Saturday, Trump shared news regarding the meeting he had with the Michigan Republicans by way of a screenshot and commented on the meeting’s reported bad news for his campaign.

The president challenged the narrative with regard to the substance of the meetings.

“This is true, but much different than reported by the media. We will show massive and unprecedented fraud!” he wrote.

This is true, but much different than reported by the media. We will show massive and unprecedented fraud! https://t.co/E1gZiqc7EP

In another post, Trump responded to a statement released by Michigan Republican House Speaker Lee Chatfield, which stated, in part, that “Allegations of voter fraud should be taken seriously, thoroughly investigated, and if proven, prosecuted to the fullest extent of the law.”

Added Chatfield, “We have not yet been made aware of any information that would change the outcome of the election in Michigan as as legislative leaders, we will follow the law and follow the normal process regarding Michigan’s electors.”

Trump wrote above the statement, “Massive voter fraud will be shown!”

The meeting between Trump and Michigan Republicans was also about much more than the election, according to Reuters.

The wire service quoted White House press secretary Kayleigh McEnany as saying, “This is not an advocacy meeting. There will be no one from the campaign there. He routinely meets with lawmakers from all across the country.”

The meeting was partially about seeking additional funds for Michigan amid the ongoing coronavirus pandemic, per the report.

Trump has repeatedly signaled he is ready to let his legal challenges play out in courts as he continues to appear confident that he will prevail in proving claims the election was compromised by bad actors.

Michigan is among a number of key states where the president, and his legal team, allege widespread voting irregularities and other forms of outright election fraud.

The Trump campaign alleges there has been voter fraud in states that include not only Michigan, but also Arizona, Nevada, Georgia, Pennsylvania and Wisconsin.

While there have been multiple alleged instances of voting irregularities, the proof has yet to surface of widespread nefarious activity that affected the final results of the presidential election.

Trump’s legal team says that evidence is forthcoming and challenges will be pursued in federal courts in the weeks to come.

Trump campaign attorney Sidney Powell claimed on Friday in an interview with NewsmaxTV’s Howie Carr that evidence of a widespread attempt to steal the election from Trump is overwhelming.

.@SidneyPowell1 said that “Evidence of Fraud” is coming out next week tonight on @Newsmax pic.twitter.com/20daiGlTtI

Powell is coming under increasing pressure to release evidence showing an alleged massive voter fraud scheme, but she told Carr that the evidence will be presented in a court of law, and not through the media.