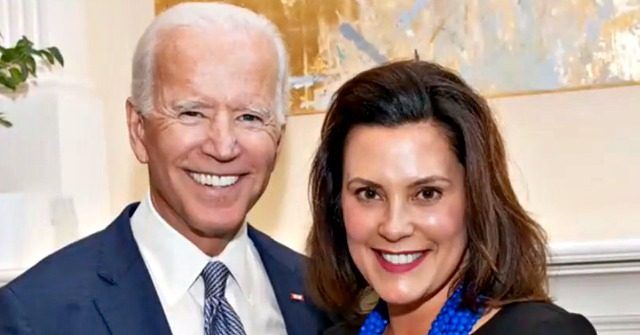 Despite a long list of mask mandates, social distancing orders, and others relating to curtailing the spread of the virus dating back months, Whitmer doubled down as cases are on the rise.

The new policies will temporarily halt in-person instruction at high schools and colleges, dine-in service at restaurants and bars, and high school athletics as well as close some businesses, including movie theaters, bowling alleys and casinos.

The restrictions, imposed through a Michigan Department of Health and Human Services (MDHHS) order, will take effect Wednesday, will be in place for three weeks and will end Dec. 8. Under the order, indoor residential gatherings will be limited to two households at any one time.

The MDHHS billed the action as a three-week “pause.”

EMBED IMAGE FROM THIS TWEET: https://twitter.com/GovWhitmer/status/1328129545665470464
Whitmer is shuttering in-person learning for high schoolers, arguing that population has the most contact with their peers. Amateur organized sports, including the current high school playoff seasons, are also “paused.”

The Republican-led legislature has largely been impotent amid Whitmer’s avalanche of orders.

“We are disappointed that Gov. Whitmer chose to go it alone, again.” https://t.co/G7ZXoiRzHR

“We are disappointed that Gov. Whitmer chose to go it alone, again. The Senate Republicans will continue working with our doctors and the medical community on ways we can combat this virus and are ready to work with the Governor when she decides to work as a team to fight this virus,” he said.

House Speaker Lee Chatfield (R) said, “The people of Michigan deserve a seat at the table when major decisions like these are made, and those decisions are made better and safer when they do,” according to WXYZ.

“As always, we stand ready to act in a bipartisan way when the governor decides it is worth her time. Until then, we are still reviewing the details of this order like everyone else.”

ACLU will return to court to force Biden administration to end...