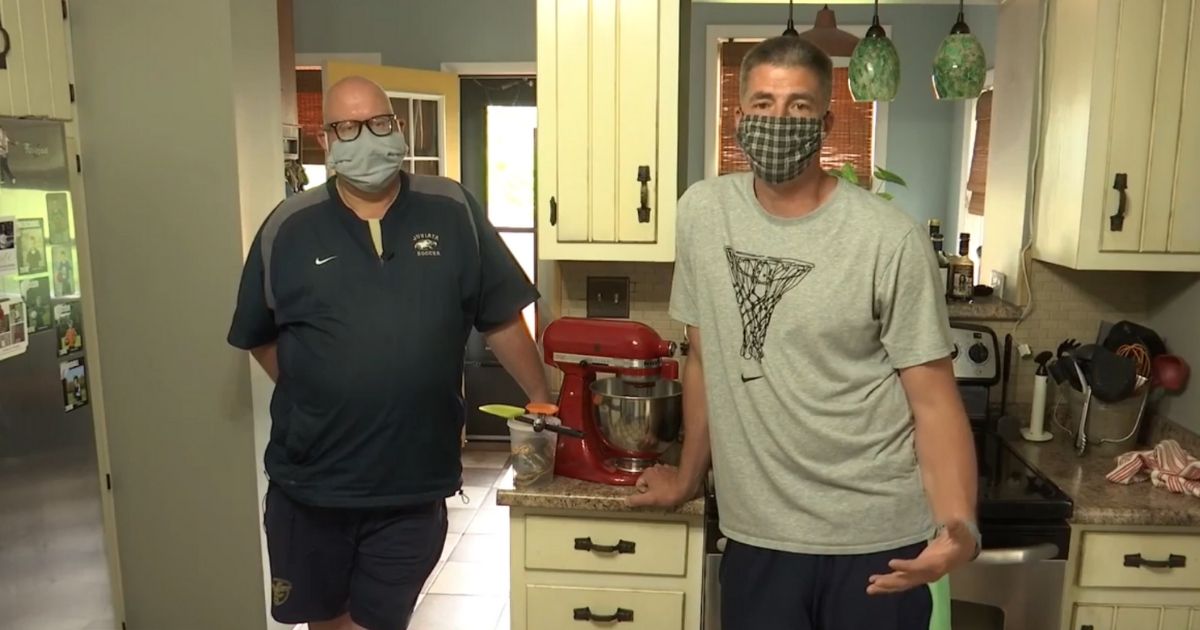 There are few things as simple, delicious and sweet as homemade cookies. In a world of plastic-wrapped and assembly lines, they’re a delightful way to slow down and focus on enjoying the basics — and just about anyone can make them.

Those were some of the considerations behind “Cookies for Caregivers,” which blossomed out of friendly competition and has blessed hundreds.

“Cookies for Caregivers was born as a reflection of the COVID 19 experience in 2020,” the Facebook About page for the group states. “Many folks continued to go to work and serve their community as others were told to stay home, or were able to work from home.”

“We decided to show our gratitude to those working to serve us by serving them freshly baked cookies as a modest sign of our appreciation and respect.”

The movement was spearheaded by Scott McKenzie, Associate Athletic Director for a small local college, and Jeremy Uhrich an English teacher and basketball coach, both from Huntingdon, Pennsylvania. McKenzie, to make use of his furloughed time, decided to try his hand at baking cookies — a new endeavor for him.

He posted about his undertaking on Facebook, and his friend Uhrich took a poke at them, saying he’d just made some, too — and he thought his were better.

“I never made cookies from scratch before, but I made them for the first time and they weren’t half bad!” McKenzie told PEOPLE. “So like everybody in my generation, I had to brag about what I did on Facebook, and Jeremy here put up on Facebook that he had made cookies the same day and he bet his were better than mine.”

A competition was started, and the two decided that the judges should be local frontline heroes. But instead of ending there, the idea picked up momentum and the group was created so that more local amateur bakers could participate in both baking up sweet treats to donate and nominating worthy recipients.

“The outpouring of support has been inspiring but not surprising,” McKenzie said, according to Juniata College.

“We just wanted to let these people know that we care about you, we recognize you and we aren’t forgetting about what you’re doing,” Uhrich said.

“This is just our small way of saying thank you and showing gratitude for what you have been doing and continue to do throughout the pandemic.”

RELATED: Tell a Teacher ‘Thank You’ for Free Courtesy of Hallmark

Uhrich’s sons, 9-year-old Finley and 6-year-old Max, have also been able to participate, as have other local children with the help of their parents. To date, the group has 329 members.

“It’s a good chance to teach the kids about what we’re experiencing and why we’re doing this, why it’s important to show gratitude to the people in our community who have to be brave, get up, go to work and battle this virus every day,” Uhrich said.

At last count, the group had delivered over 1,000 dozen cookies, and there’s no end in sight.

“So very impressed with this group and humbled by what its been able to accomplish,” McKenzie posted on Nov. 7. “We have certainly expanded the ‘hug radius’ and I am excited to see where we go next. On to 2000!”

“Thank you to Jeremy Uhrich and to all of our all-star bakers. Let’s keep this going strong,” he added.