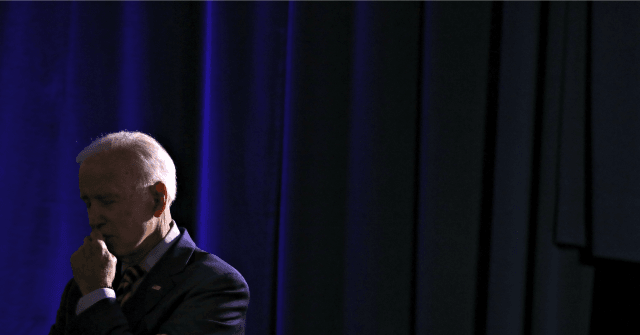 Should Joe Biden become president, one of his first moves will be to scrap President Donald Trump’s extensive pro-life policies, according to the Washington Post and the Associated Press (AP).

The media say the former vice president – who claims to be a Catholic – will first and foremost abide by the wishes of the abortion industry and reverse Trump’s Title X family planning rule that underscored that abortion, i.e., ending the life of an unborn child, is not family planning.

In February 2019, the Trump Department of Health and Human Services released a rule that would block about $60 million in family planning funding to Planned Parenthood and other abortion providers who refer girls and women for abortions.

The regulation, which governs Title X, the federal grant program that provides funding for family planning services, prohibited the use of the funds to “perform, promote, refer for, or support abortion as a method of family planning.”

In July 2019, Planned Parenthood announced it would drop out of the Title X program and forego the taxpayer funding rather than comply with the rule. Since that time, the organization has pressured states into making up the federal Title X funding it voluntarily gave up to protect its abortion services.

The Washington Post also states the Biden administration is expected to return to the Obama-era rules on religious and moral exemptions, both for mandated coverage of contraceptives and abortion-inducing drugs in healthcare plans, and in terms of conscience protections for healthcare workers.

Joe Biden cited a Catholic hymn during a community meeting at the Grace Lutheran Church in Kenosha, Wisconsin, on Thursday, misattributing the hymn’s lyrics to the biblical Psalm 23. https://t.co/TAdyd32GZW

The Trump departments of HHS, Treasury, and Labor issued two interim final rules that provided protection from the HHS contraceptive mandate for both religious and moral objectors. The new rule also exempted private employers and educational institutions that have sincerely held religious beliefs or moral objections against providing contraceptives or abortifacient drugs.

In the wake of the U.S. Supreme Court’s ruling in July in Little Sisters of the Poor v. Pennsylvania, one that upheld the Trump administration rule exempting religious groups from Obamacare’s contraceptive mandate, self-professed Catholic Biden vowed to reverse protections for religious groups such as the Little Sisters, an order of Catholic nuns that cares for the elderly sick and poor.

“As disappointing as the Supreme Court’s ruling is, there is a clear path to fixing it: electing a new President who will end Donald Trump’s ceaseless attempts to gut every aspect of the Affordable Care Act,” Biden said, according to Fox News, adding his intention to “restore the Obama-Biden policy that existed before the Hobby Lobby ruling.”

In January 2018, the Trump HHS had also established the Conscience and Religious Freedom division of the Office for Civil Rights, which works to protect health care providers who do not wish to participate in abortions from discrimination.

As AP notes, Biden is expected to nominate federal judges who would uphold Roe v. Wade, the Supreme Court’s landmark 1973 case that created a right to abortion, though none existed in the Constitution.

Additionally, Biden will likely follow through with his plan to repeal the Hyde Amendment, a longstanding bipartisan provision attached to funding bills that bar taxpayer funds from being used for abortions. Its repeal would mean Americans would be paying for abortions for low-income women through the Medicaid program.

While the left-wing media has portrayed Biden as a devout and faithful Catholic, Biden said, while on the campaign trail, that, if elected, he would ensure legislation passes that makes Roe v. Wade the “law of the land” as “the only responsible response” to the confirmation of Catholic Supreme Court Justice Amy Coney Barrett.

If Biden wants to encourage people to get vaccinated, he should...

Gas prices not expected to fall anytime soon as US emerges...