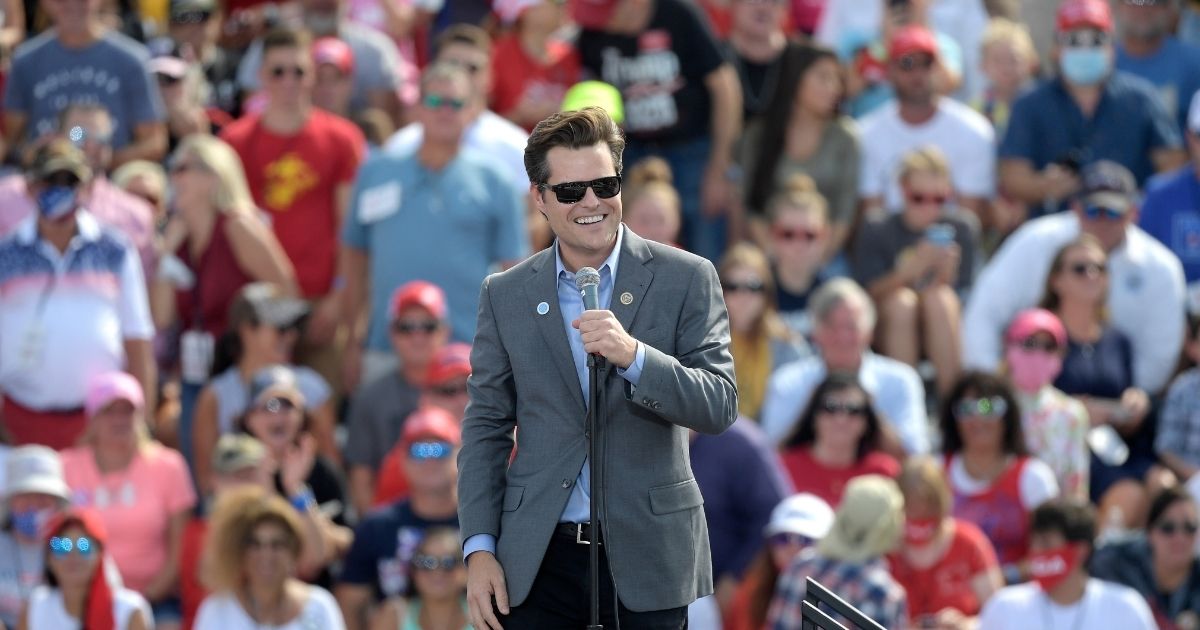 Republican Rep. Matt Gaetz of Florida on Saturday said he is ready to fight back against states that in his words “didn’t run clean elections.”

He promised that what is usually a routine ritual — the certification by Congress of the results of the Electoral College vote — will be anything but business as usual.

Although the Electoral College has declared Democratic nominee Joe Biden the winner of the Nov. 3 presidential election, the Trump campaign has insisted that there has been voter fraud in states that include Arizona, Nevada, Georgia, Michigan and Wisconsin, as well as Pennsylvania.

Despite multiple claims of voting irregularities, proof has yet to surface that there was a widespread effort to distort the voting process in such a way that would have altered the final results of the presidential election.

Numerous affidavits testifying to various types of election fraud have been filed in courts in several swing states. These affidavits indicate that those who witnessed conduct believe that fraud took place but those allegations have yet to be proven through either the courts or law enforcement.

Gaetz made his loyalties and his plans clear on Saturday.

“Donald Trump won a landslide election among people who actually showed up and voted. Think about that,” he said. (The video is available on YouTube here.)

“And you know what? The farther you got away from the validation of the voter and their identity, the more Joe Biden’s margins went up. I mean, with the people whose votes weren’t validated who came in by the mail, Joe Biden was getting vote totals that would have made Bashar al-Assad blush,” he said in a reference to the Syrian dictator.

Should Republicans object to the results of the Nov. 3 election?

Gaetz implied that the fix was in long before Election Day.

And that, he said, means he will not simply sit on his hands when the Jan. 6 vote comes around.

“And so on January 6th, I’m joining with the fighters in the Congress and we are going to object to electors from states that didn’t run clean elections,” he said.

Gaetz said that he and other Trump supporters expect the media will condemn them, as usual.

“Our friends in the media will breathlessly exclaim that we are attacking democracy,” he said. “That’s nonsense. Democracy is left undefended if we accept the result of a stolen election, without fighting with every bit of vigor we can muster.”

Gaetz took then took shots at Washington politicians before turning his aim onto other targets.

“Meanwhile, the media and their woketopian allies in Silicon Valley only grow stronger in their ability to superspread lies and bulls–t,” Gaetz said.

“Our constitutional system reposes power in the people, and the media resents the hell out of it. They no longer want to program the news. They want to program you, controlling what you see and what you hear, so that they can manage how you behave,” he said.

“Well, I guess in their eyes, we’re all behaving a little badly, but maybe more bad behavior is what we need to advance the America First agenda. Because I don’t know about you, but I’m not going back to yesterday’s Republican Party,” he said.

Gaetz said the GOP has hit a watershed moment in its history.