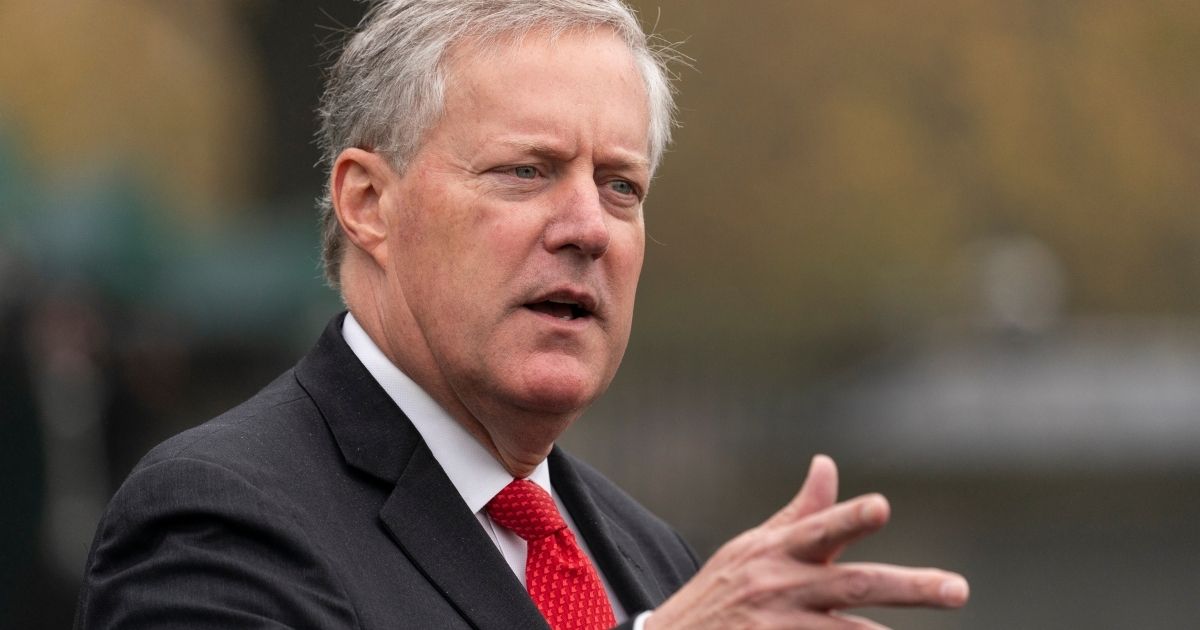 White House Chief of Staff Mark Meadows has “no intentions” of running for Senate in 2022, he told a Raleigh newspaper Friday.

“I love the people of North Carolina,” Meadows, who represented the state in the House and co-founded the House Freedom Caucus before joining the Trump administration, told The News & Observer.

“I’ve had a number of people talk about running for that seat, if indeed Sen. Burr retires,” he added.

Incumbent Republican Sen. Richard Burr has indeed said he will not run for re-election when his term is up in two years.

Burr, the former chairman of the Senate Intelligence Committee, stepped down from his position in May amid a Justice Department investigation into stock transactions he made prior to the steep market declines seen amid the coronavirus outbreak.

On Thursday, The New York Times and Politico reported that Lara Trump, the daughter-in-law of President Donald Trump, is considering running for the seat Burr will vacate.

“My conversations have included some of the sitting House members as well as Lara Trump, and, to my knowledge, no one’s made a definitive decision on whether to toss their hat in the ring or not,” Meadows said.

Do you think that Republicans will hold onto Richard Burr’s Senate seat in 2022?

“She’s very charismatic, she understands retail politics well, and has a natural instinct for politics,” Schlapp told The Times.

“In North Carolina, in particular, she’s a household name and people know her,” Schlapp said.

“She worked really hard on the [Trump] campaign and was very involved in a lot of decisions throughout.”

On the Democratic side, “it’s not yet clear” who the top candidate could be, Politico reported.