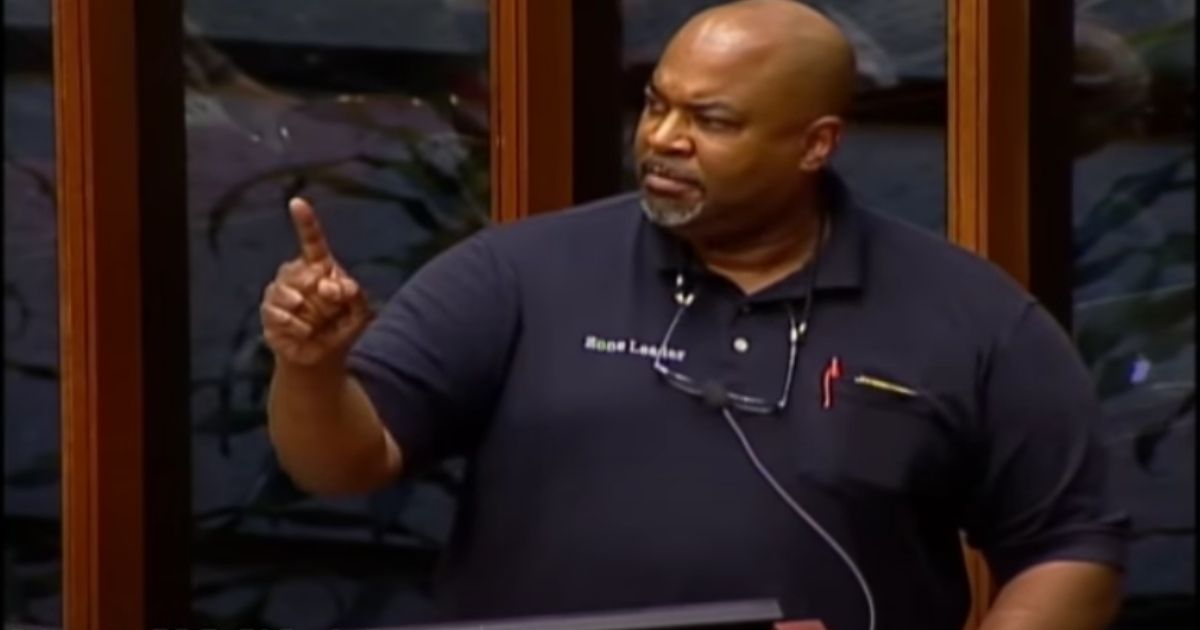 Robinson first gained attention when his 2018 speech about the Second Amendment went viral. He passionately addressed the Greensboro City Council when it was considering cancelling a gun show in the city.

“What I want to know is, when are you all going to start standing up for the majority? And here’s who the majority is: I’m the majority. I’m a law-abiding citizen who has never shot anybody, never committed a serious crime, never committed a felony. I’ve never done anything like that. But it seems like every time we have one of these shootings, nobody wants to put the blame where it goes, which is at the shooter’s feet. You want to put it at my feet,” Robinson said.

“You want to turn around and restrict my right — Constitutional right,” he exclaimed.

Robinson, a veteran, centered his campaign on growing up in poverty and working his way to a prosperous life with his wife and children, overcoming many obstacles along the way.

His campaign website describes how his faith helped guide him through his difficult upbringing.

“Mark and his siblings were able to move back in with their mother eventually, who was a devout woman of faith, and he credits his mother as being the reason he is the man he is today. She taught him about the Bible, and always told her children they could be whatever they put their minds to,” the website reads.

In the election, Robinson beat Democrat Yvonne Lewis Holley, who also would have become North Carolina’s first black lieutenant governor had she won.

Is the Second Amendment in danger?

Aside from the Second Amendment, Robinson has made job growth and education major components of his agenda.

Robinson’s election also represents the increasing diversity of the Republican Party, which has championed itself in recent years as being a “Big Tent.”

Diversity was a strength for the Republican Party on Nov. 3, as all House of Representative seats that flipped from Democrat to Republican were done either by a woman, a minority, a veteran or some combination of the three, according to a tweet from Republican National Committee Communications Director Michael Ahrens.

Every GOP candidate that flipped a Dem House seat is either a minority, a woman, and/or a veteran.

RELATED: James Woods in Middle of Election Mayhem: Look to the 2nd Amendment

Democrats and the media predicted big losses for Republicans, but they got it wrong. We are sending some fantastic candidates to Congress! https://t.co/DDfAltSzev

Despite the unclear outcome of the presidential election, the Republican Party had a great night Tuesday. Several strong candidates, such as Robinson, declared victory in their races at the local, state and federal level.

North Carolina certainly appears to be in good hands with an honest leader such as Robinson having a seat at the table.