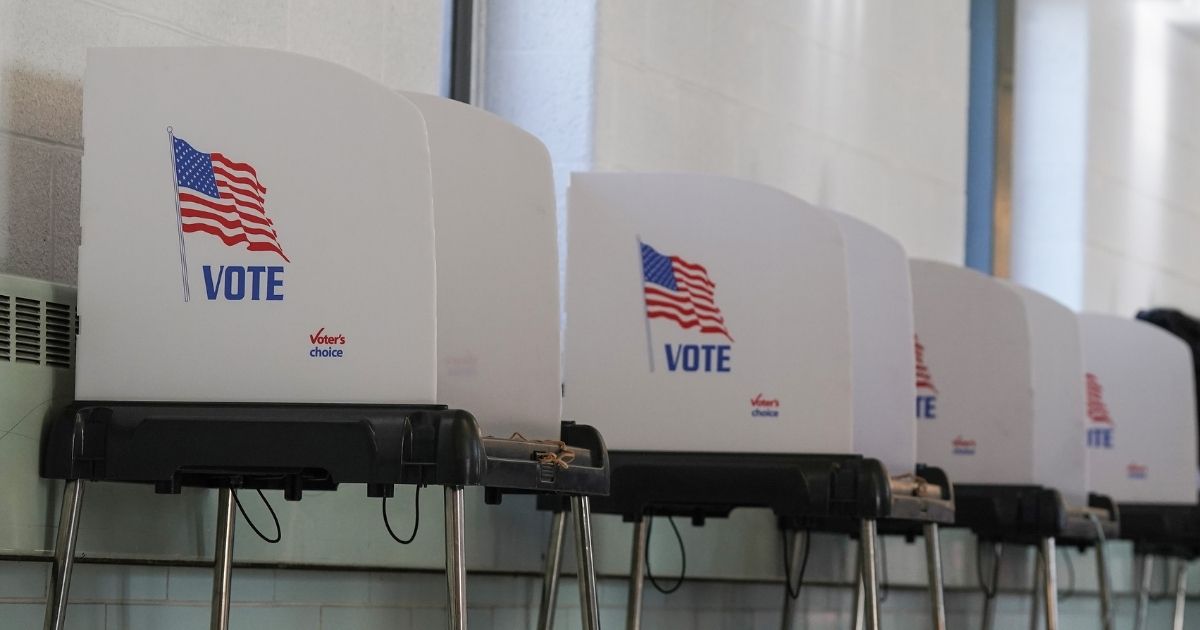 There seem to be a lot of computer tabulation glitches — and other counting errors — going around this election cycle, and they always work against Republicans.

According to The Connecticut Mirror, Republican state Rep. Craig Fishbein has been declared the winner over his Democratic challenger Jim Jinks after an error was discovered.

“The Wallingford town clerk, Barbara Thompson, said Tuesday her office discovered that no votes had been recorded in the state election reporting system from the Yalesville Elementary School, one of nine polling places in the 90th District of Cheshire and Wallingford,” the paper reported.

“I can’t answer if it was a clerical error or a computer error in the elections management system,” Thompson said. “All I know is we caught it yesterday and amended it.”

Because the race is so close, there will be recount.

Georgia Secretary of State Brad Raffensperger announced on Wednesday there will be hand recount of the presidential election results in the Peach State.

Do you think hand recounts are needed in swing states?

After the error was discovered, the updated numbers showed that Trump won by nearly 2,500 votes.

Meanwhile, Republican Oakland County Commissioner Adam Kochenderfer learned he had won, not lost, his re-election bid after a counting error was discovered.

Top election cyber experts told The Western Journal in April that voting software systems can be hacked and reprogrammed to skew vote tallies.

Harri Hursti – one of the world’s foremost election security experts and star of the HBO documentary “Kill Chain: the Cyber War on America’s Elections,”– explained that all these devices are programmed how to organize and communicate the data to a central database.

“The memory cards actually have a programming side,” he said. “Programming can have a lot of logic. So the program can dynamically look [at] what is happening and decide on the spot what is needed to be done in this precinct on this machine” as part of changing the overall result.

RELATED: President Trump Posts 1 Video, Asks ‘Is This What Our Country Has Come To?'

According to these experts, the best way to verify that the vote is accurate is to conduct random risk-limiting audits of election results, regardless of how large the margin of victory.

It seems time for such audits to be conducted in any state that used electronic voting systems.

So far all the “glitches” have worked against Republicans, which at least gives the appearance that foul play may in fact be involved.

Who knows? Donald Trump may yet be shown to have been re-elected when the ballots are counted by humans.