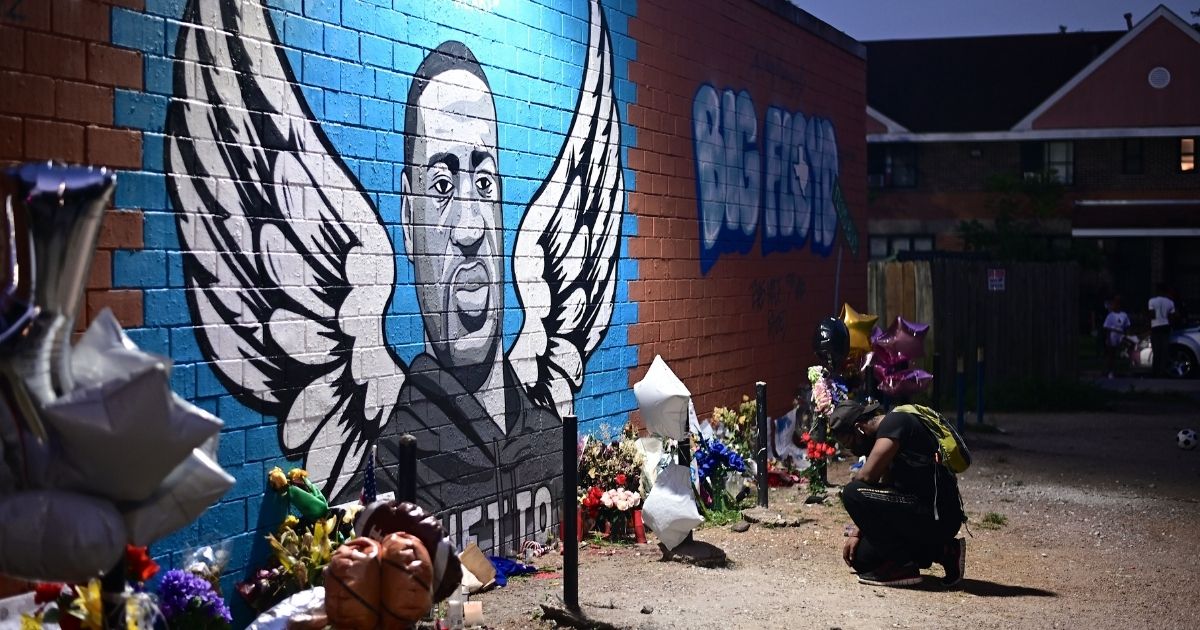 Officials at the University of Michigan have announced a scholarship to fund projects and research of alleged systemic racism in the Wolverine State.

The scholarship fund bears the name of George Floyd, whose death in Minneapolis police custody in May prompted protests and riots across the nation.

According to the university’s Office of Diversity, Equity & Inclusion, the George Floyd Memorial Scholarship Fund will aid students “who have demonstrated commitment to bettering their community through social justice.”

Additionally, the fund, along with a grassroots campaign, aims to bring the “Michigan community together in advancing racial justice in education,” the office said.

“Preference will be given to those who have completed the Wolverine Pathways Program,” it said, referring to a college preparation effort targeting students in Detroit and other urban areas.

The George Floyd fund was among several “anti-racism initiatives” listed in an Oct. 20 report in The University Record, which called them “part of a national reckoning on race and as deep-rooted structural inequities in American life have been magnified.”

The report also said Michigan would hire “at least 20 new full-time faculty members in the next three years with scholarly expertise in racial inequality and structural racism.”

The school announced Oct. 1 it would provide more than $260,000 for six “action-based research projects as part of the inaugural ‘Confronting and Combating Racism’ grants.”

An education professor at the University of Michigan’s campus in Flint told The College Fix she already had received $49,984.40 for her research.

Do you think the university’s anti-racism efforts are worthwhile?

Lisa Lapeyrouse said she is working on a project called “Beyond Rhetoric: Confronting and Combating Racism in Genesee County, Michigan.”

The titles of projects receiving money from the George Floyd Memorial Scholarship Fund include “Democracy’s Denominator: How Citizenship-Based Redistricting Impacts Racial Minority Voters” and “The Study of Black Families’ Response to COVID-19 in the Support of Mathematics Learning,” The College Fix reported.

Luke Shaefer, a Michigan professor of social justice and social policy, commented on his support for the Floyd scholarship fund.

“We know, historically, people in power often designed those systems to benefit white people while disadvantaging people of color,” Shaefer said, according to The College Fix.

“We need to confront that legacy of racism in order to create a more equitable and just society,” he said.

The university said in a statement that the scholarship fund “will serve as a reminder of the work to be done to create a more welcoming and inclusive environment.”

The College Fix said Michigan did not respond to a request for information on how much money the scholarship fund has raised since it was announced.

Floyd died following an encounter with police who were called after he allegedly attempted to pass a counterfeit bill.

Chauvin’s behavior on the video was nearly universally condemned, and he and the other offices on the scene were arrested. In spite of that, the Black Lives Matter movement and other leftist groups pointed to Floyd’s death as proof of perceived widespread systemic racism in the criminal justice system.

Protests and riots overtook many nation’s cities in the weeks and months following Floyd’s death.