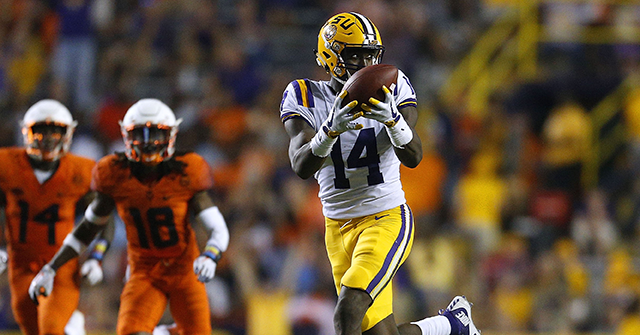 Louisiana State University (LSU) allegedly ignored repeated allegations of sexual assault made against several of its football players over the past four years, USA Today reported. Victims said the university did not protect them, and would not report the incidents.

“We are committed to a culture of safety, equity and accountability for all students and staff. We provide education, training and resources to combat violence, sexual misconduct, and inequality,” Orgeron said in a statement. “When we become aware of accusations, we have an obligation to immediately report every allegation to the University’s Title IX office so that appropriate due process can be implemented.”

USA Today detailed allegations against former wide receiver Drake Davis of assault on a female LSU tennis player. The woman alleges that Davis punched her in the stomach and that her tennis coach Mike Snell knew about the assault, but did not inform school authorities or the Title IX coordinator. According to the report, LSU “sat on the information for months, while Davis continued to assault and strangle her.”

Davis was suspended by the team in 2018 after his arrest on second-degree battery charges.

Two LSU students reportedly accused running back Darrius Guice of rape in 2016, but the victims said LSU officials, including two coaches, an athletics administrator, and a nurse, did not investigate the allegations. Guice was arrested in Virginia on August 7 in connection with three domestic violence charges and was dropped by the Washington Redskins, who he played for at the time.

Two out of the nine accused players were disciplined by LSU according to the report. Those two players were Davis, and also quarterback Peter Parish, who was accused of rape.

According to USA Today, four LSU athletes were not disciplined. One of the players, safety Grant Delpit, was accused of illegally recording a woman during sex and showing the video to others. The other three players, all accused of rape, are running back Tae Provens, linebacker Jacob Phillips, and tight end Zach Sheffer.

In February, two Ohio State football players were arrested for allegedly kidnapping and raping a woman. Ohio State suspended both players from the football program.