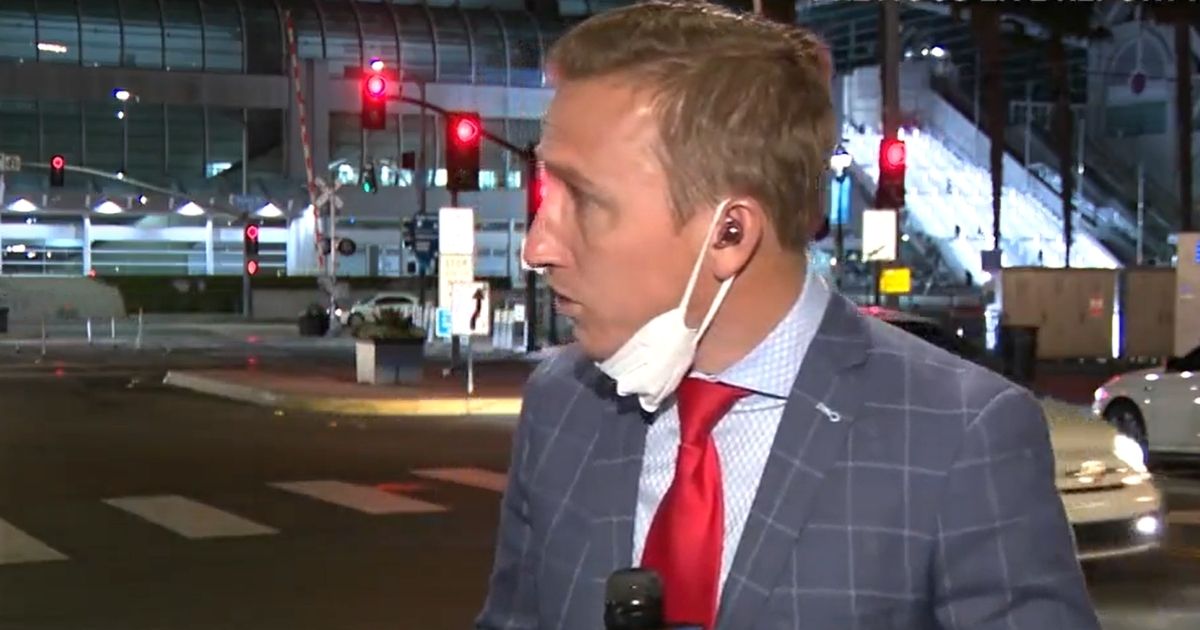 Gunshots from a police-involved shooting could be heard during a live news report in downtown San Diego, and a man was later taken into custody.

KSWB-TV reporter Jeff McAdam was giving a live report just after 7 p.m. near the San Diego Convention Center when at least a dozen gunshots were heard.

The reporter moved off-screen as the cameraman zoomed in on the situation.

“I think we have an officer-involved shooting. We are going to kind of stay back as much as we can,” McAdam said.

Officer-involved shooting in the middle of my live report. Full story and footage on @fox5sandiego at 10 pic.twitter.com/aHZNpOBn17

TRENDING: 4 Governors Other Than Cuomo Sent COVID Patients to Nursing Homes – Guess What They All Have in Common?

The camera footage showed a man crouching down behind a car before pointing a gun in the direction of a police vehicle parked behind it.

Port of San Diego Harbor Police confirmed that officers had exchanged gunfire with a suspect before he was taken into custody.

Police confirm gunshots were exchanged between suspect and officer. Thankfully, no one injured @fox5sandiego

“While no one technically ‘injured’ in the shooting outside the convention center, a stray bullet hit a bystander but something in the pocket stopped it.”

Update: Police say a ‘miracle’ of sorts happened. While no one technically ‘injured’ in the shooting outside the convention center, a stray bullet hit a bystander but something in the pocket stopped it.

Police said that a glasses case in the man’s back pocket kept the bullet from injuring him, KSWB reported.

The crew had seen police officers attempt to pull over a vehicle in front of the convention center before it came to a stop.

The suspect was later seen sitting handcuffed on the ground and walking to a police vehicle.

“It’s one of those things that when you hear it live, it takes a few seconds to figure out what is happening,” McAdams later told KSWB.