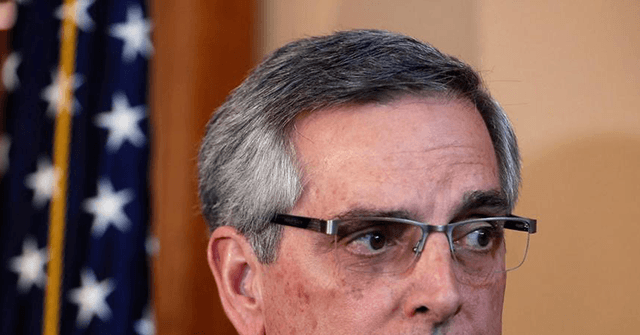 Georgia Secretary of State Brad Raffensperger (R) said Monday on CNN that Senator Lindsey Graham (R-SC) “implied” he should “look hard and see how many ballots you could throw out” during the recount.

Anchor Wolf Blitzer said, “As Georgia undertakes a hand recount of some 5 million votes, the secretary of state is pushing back against President Trump’s baseless claims of voter fraud following his narrow loss to President-elect Biden. Mr. Secretary, thank you so much for joining us. There are several specific issues I want to get to. You described to The Washington Post a conversation you had with the Republican Senator Lindsey Graham on Friday. You came away with the impression that he essentially wanted you to look for ways to toss out mail-in ballots. What exactly did he say to you?”

Blitzer said, “I want to be clear, you say Senator Graham wanted you to find ways to get rid of legally cast ballots. CNN asked him about these allegations. He denied them and said that’s ridiculous. His words, ‘that’s ridiculous.'”

Raffensperger said, “Well, just an implication that ‘look hard and see how many ballots you could throw out.’ And I think that they’re looking at that as part of a court case. And one actually was subsequently filed, wasn’t it?”