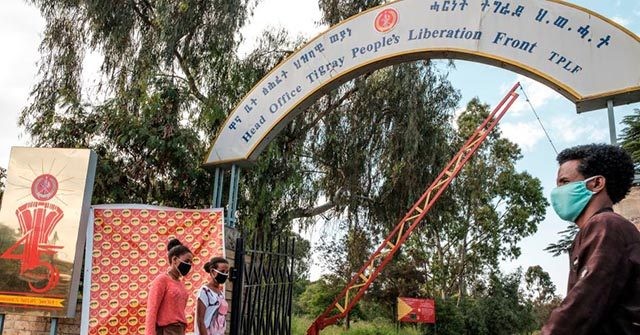 “Amnesty International can today confirm that scores, and likely hundreds, of people were stabbed or hacked to death in Mai-Kadra (May Cadera) town in the South West Zone of Ethiopia’s Tigray Region on the night of 9 November,” the human rights organization revealed on November 12.

Amnesty International said its Crisis Evidence Lab “examined and digitally verified gruesome photographs and videos of bodies strewn across the town or being carried away on stretchers. It confirmed the images were recent and using satellite imagery, geolocated them to Mai-Kadra in western Tigray state.”

“A regional media agency known as AMMA said 500 people died in the incident with the majority of victims thought to be non-Tigrayans,” Sky News reported on Friday.

Witnesses reportedly said that forces loyal to the TPLF were responsible for Monday’s massacre, while Tigrayan officials deny that pro-TPLF troops were involved in the incident. Clashes between Ethiopian government forces and the TPLF broke out last week. International news agencies have struggled to obtain accurate information on the conflict because phone lines and the internet have been down.

Long-standing tension between Ethiopia’s federal government and the TPLF, which controls the northern state of Tigray, has escalated into military clashes in recent days. Federal forces have reportedly carried out airstrikes in the region as part of their campaign against the TPLF. The intense fighting has caused thousands of civilians to cross the border into Sudan, which has agreed to shelter the Ethiopians in a refugee camp.

“If confirmed as having been deliberately carried out by a party to the current fighting, these killings of civilians [in Tigray on November 9] would of course amount to war crimes,” the U.N. High Commissioner for Human Rights Michelle Bachelet said on Friday.

“The High Commissioner repeated her call to ‘stop the fighting and prevent any further atrocities from taking place’ before highlighting the devastating military power being brought to bear in the conflict,” U.N. News reported.

“Despite the severing of communications with Tigray making it difficult to verify the extent of the damage so far, we’ve received reports from a variety of sources suggesting increased airstrikes by Government forces as well as fierce ground fighting between the opposing forces,” Bachelet said.

“I am also extremely alarmed at reports of cuts to essential water and electricity supplies, in addition to the communications blackout and blocking of access by road and air,” she added. “This means there is already a dramatic impact on the civilian population, in addition to the risk of death or injury as a result of hostilities.”