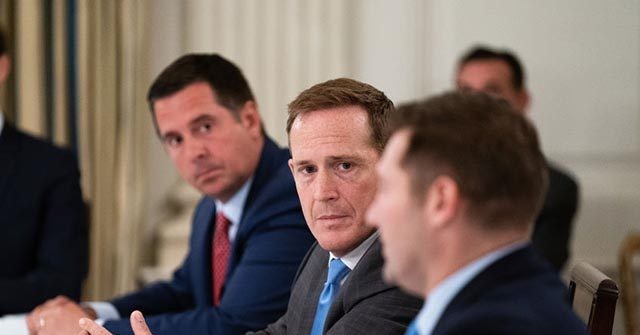 House Republicans are speaking out following the Democrat calls to essentially cancel traditional Thanksgiving plans out of fear of the Chinese coronavirus, with one GOP lawmaker warning Americans that “liberal politicians want freedom for themselves, but not for you.”

Liberal politicians want freedom for themselves, but not for you. #NoLockdowns

“Or hear me out, Cancel those so you can cancel the funerals and bankruptcy hearings too,” she said:

Or hear me out,

Cancel those so you can cancel the funerals and bankruptcy hearings too https://t.co/bxadWR6pCD

Others have expressed similar sentiments in recent days, particularly as Democrats increase their calls for Americans to cancel their traditional Thanksgiving plans. Chicago Mayor Lori Lightfoot (D) and New York Gov. Andrew Cuomo (D) are among those who are instructing residents to limit gatherings in their private homes ahead of the holidays.

Earlier this month, Democrats flocked to the streets in celebration after the media declared Joe Biden (D) the winner of the 2020 presidential election. Sen. Chuck Schumer (D-NY) and Lightfoot were among the maskless Democrat leaders spotted in the streets in the midst of crowds. Lawmakers also came under fire last week following the revelation of their plans to hold a dinner for incoming members of Congress. House Speaker Nancy Pelosi (D-CA) initially defended the event, contending that the Capitol physician signed off:

.@SpeakerPelosi told me it’s safe. “It’s very spaced,” she said and there is enhanced ventilation and the Capitol physician signed off. pic.twitter.com/ZXjf72lnrP

However, the House ultimately modified the format following a wave of backlash, with “no group dinner.”

“I would strongly urge for the sake — not just your sake, for the sake of your children, your mother, your father, your sisters, your brothers, whoever you get together at Thanksgiving — think about this,” he added.

Meanwhile, several California lawmakers are gathering in Maui, Hawaii, for an annual legislative convention as Gov. Gavin Newsom (D) weighs implementing a statewide curfew to curb the spread of the virus in the Golden State.