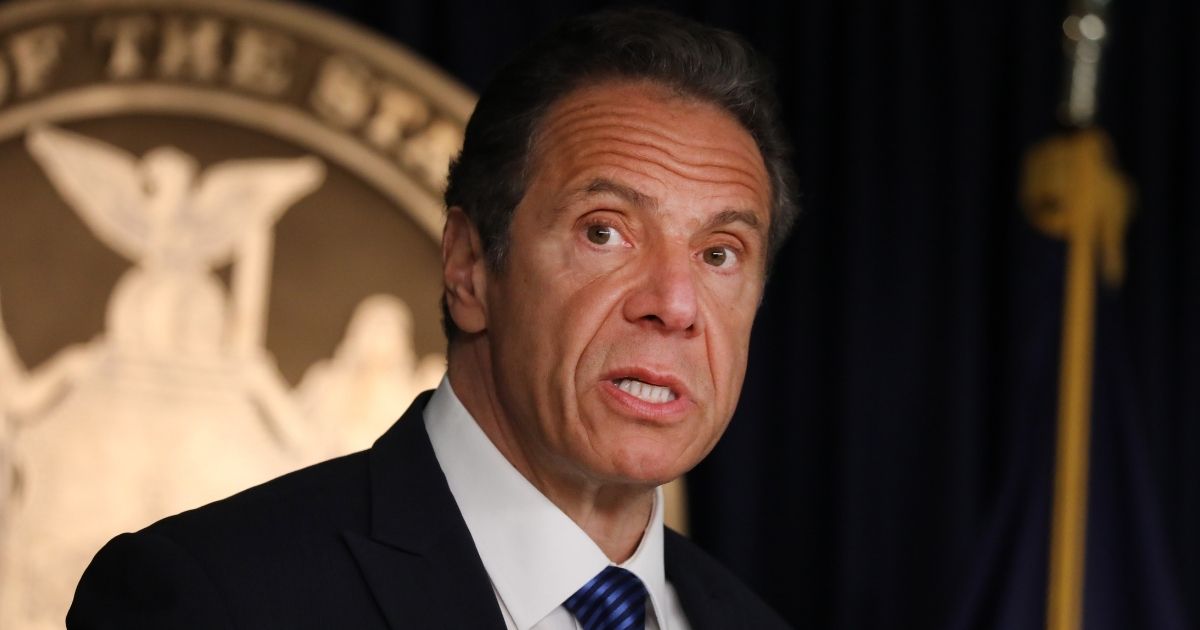 Media bias has never been so obvious.

According to transcripts obtained from Grabien, a multimedia news information bank, none of the three broadcast networks covered sexual harassment claims made by Lindsey Boylan, a former aide to Cuomo, in their evening programs.

The allegations come as calls mount for Cuomo’s impeachment and resignation amid evidence that he covered up COVID-19 deaths in state nursing homes.

Boylan made her allegations against Cuomo in a Medium essay in which she described several instances of the governor’s inappropriate remarks and behavior.

TRENDING: Fred Weinberg: 3 Reasons the Lawsuit Against Mike Lindell Will Blow Up in Dominion’s Face

“Let’s play strip poker,” Cuomo once allegedly joked while he and Boylan were seated across from each other on a flight. According to Boylan, a press aide and state trooper were present at the time.

She claimed the governor created a culture of “sexual harassment” and “bullying,” which Boylan explained were “not only condoned but expected.”

“His inappropriate behavior toward women was an affirmation that he liked you, that you must be doing something right. He used intimidation to silence his critics. And if you dared to speak up, you would face consequences,” she wrote.

Boylan also tweeted about her experience with Cuomo in December, saying, “Many saw [sexual harassment], and watched.”

Yes, @NYGovCuomo sexually harassed me for years. Many saw it, and watched.

I could never anticipate what to expect: would I be grilled on my work (which was very good) or harassed about my looks. Or would it be both in the same conversation? This was the way for years.

I’m angry to be put in this situation at all. That because I am a woman, I can work hard my whole life to better myself and help others and yet still fall victim as countless women over generations have. Mostly silently.

I hate that some men, like @NYGovCuomo abuse their power.

RELATED: The County That Was Too White

“In Ms. Boylan’s latest blog post, she opens up with a story about a plane trip in October 2017 — the manifests of all flights from October 2017 can be found below — there was no flight where Lindsey was alone with the Governor, a single press aide, and a NYS Trooper.”

Cuomo is a coward who has abused his powers. His pattern of abuse and harassment toward his aides, journalists, lawmakers, and critiques is despicable. As a lawmaker, I have the duty to hold him accountable. I will not stand down. I will stand with Lindsey Boylan.

Kim has claimed to have experienced his own share of abuse from the governor.

“You will be destroyed,” Cuomo allegedly told Kim in a Feb. 11 phone call.

“You have not seen my wrath. I have been biting my tongue for months.”

Given the establishment media’s precedent of standing behind accusers in cases of sexual harassment allegations, it’s extremely confusing that the same networks that so effortlessly cover allegations against the former President would almost refuse to cover allegations of the same, if not a worse, caliber against Cuomo.

At least, it’s confusing on the surface.

This is what liberal media is about: telling the stories they want to tell in order to keep their base in line. Meanwhile, they essentially act as state media when anything potentially damaging to their party or a candidate they support comes up.

Of course, we ought to give credit where credit is due. MSNBC, although it did not cover claims of sexual harassment, did report on a Marist poll showing that 60 percent of New Yorkers believe Cuomo “did something unethical” if not outright illegal in his handling of state nursing homes during the coronavirus pandemic.

However, the point still stands that, generally, the most-watched television networks in the United States will adapt their stories to their biases, not the other way around.