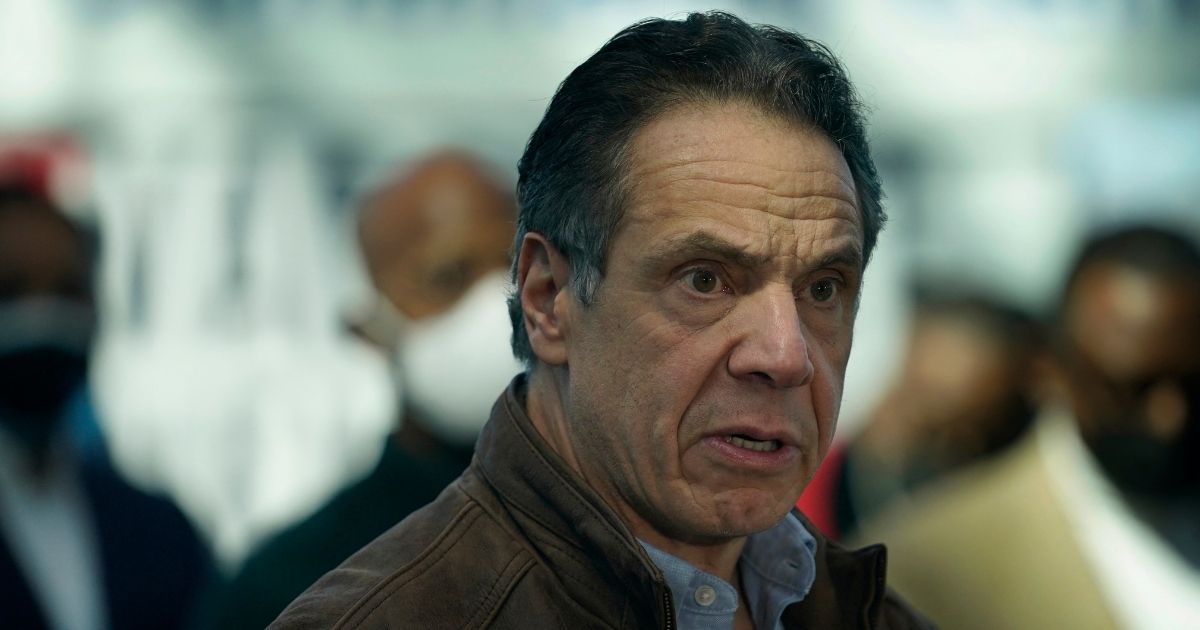 New York Republicans are calling for their colleagues speaking out against Gov. Andrew Cuomo to match their words with actions and impeach him.

Under New York law, impeachment has to begin in the Democrat-dominated State Assembly, but Assembly Minority Leader Will Barclay said Monday that Republicans are ready to start the process.

“We’re going to introduce this resolution because we believe the time has come,” Barclay said, according to Fox News.

“We are committed to an independent and thorough investigation of the facts,” James said. “Joon H. Kim and Anne L. Clark are independent, legal experts who have decades of experience conducting investigations and fighting to uphold the rule of law. There is no question that they both have the knowledge and background necessary to lead this investigation and provide New Yorkers with the answers they deserve.”

An investigation is expected to take about two months.

But against a backdrop in which Democratic state Senate Majority Leader Andrea Stewart-Cousins has called upon Cuomo to resign and Democratic Assembly Speaker Carl Heastie has questioned Cuomo’s ability to govern amid the sexual harassment claims and the scandal over a cover-up of nursing home deaths due to COVID-19, Barclay said the time to act is now.

Will Gov. Andrew Cuomo stay in power despite these accusations?

“If they really believe in resignation, why not start the impeachment process?” he said.

Barclay noted that it was Cuomo who said he would not resign and dared legislators to act.

“As you heard the governor say yesterday, I’m not going to resign, if you want to get rid of me, start impeachment,” Barclay said. “But we think now is the time to act. We think it’s time to commence impeachment.”

Barclay said Cuomo cannot be the leader the state needs.

“In order to lead this great state as governor, you need to have credibility and trust … and unfortunately, we feel the governor has lost that and now has an inability to lead.”

“I don’t think I’ve used the term ‘bombshell’ especially this week, any time more in my life, it has been one bombshell after another,” Barclay said.

He continued, adding that there was “the bullying and the harassing of sitting members of the state legislature.”

“Then we had five courageous women come forward to talk about their abuse, sexual harassment, and other abuse at the hands of the governor,” Barclay said.

Barclay said the GOP will “keep pounding on this issue.”

“We hope that the political pressure keeps getting greater and greater,” Barclay said. “We’re hoping by doing this, we’re going to keep reminding the majorities that it’s time for them to act.”