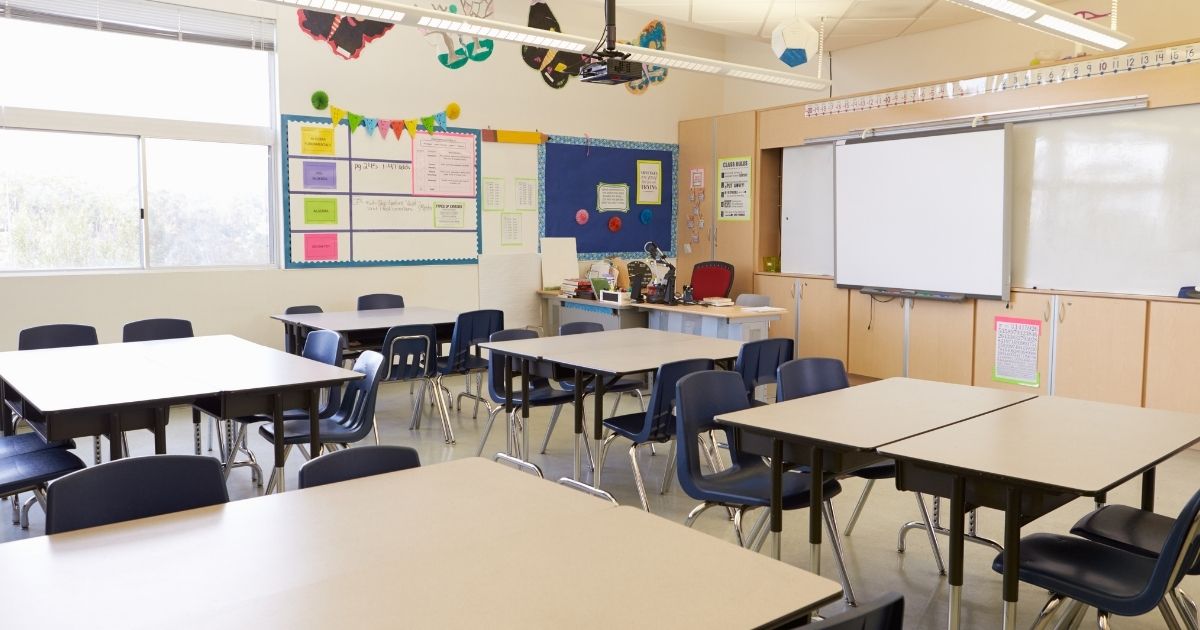 After a year of remote learning, many California parents are ready to see their children return to the classroom — but the United Teachers Los Angeles union continues to drag its feet, constantly introducing new demands.

And while negotiating a safe reopening plan is one thing, some of the requests have been utterly unrelated to the pandemic.

In a petition last month, the teachers union refused to resume in-person learning unless Los Angeles Unified School District educators received child care for their young children. The petition also accused the district of forcing teachers to choose between “our children or our job.”

The demand for free child care followed on the heels of a January report from the Centers for Disease Control and Prevention, which found scant evidence of COVID-19 transmission in schools.

According to Politico, the district announced Monday it had conceded to the union’s demand. In exchange for returning some students to the classroom, the school district agreed to pay teachers and other full-time employees with children under the age of 5 a $500 monthly child care stipend.

TRENDING: Suspect Identified in Mass Killing of Elderly Couple and Their Grandchildren

After a year of negotiations, the school district is set to transition some younger students back to the classroom next week. The current plan will allow kids to return to school for the first time since March 2020.

Still, many are critical of the teachers union for appearing to use the pandemic as an excuse to extort a list of concessions.

Tony Kinnett, the founder of the media website Chalkboard Review, told The Western Journal Tuesday that teachers unions “make educators a single block of power that can hold the community hostage if every demand isn’t met.”

“Unions have the power to unilaterally threaten shutting down education at the slightest provocation, without regard to the wellbeing of the students they supposedly ‘serve,’” Kinnett said.

Should teachers unions allow schools to dictate their own reopening procedures?

In contrast to many teachers, health care and service industry workers have returned to work despite the risks and without child care subsidies. According to Kinnett, that shows the Los Angeles teachers union can “leverage” its power against taxpayers to “give their staff benefits no one else in the community gets.”

“If you want additional childcare to what you were doing before COVID-19, pay for it yourself — don’t make the local blue collar workers fund it,” he added.

“In an environment where the government controls every aspect of American citizenry, teachers’ unions should not be advocating for a fund that would continue governmental reliance policies,” Cody said.

The journalist also found it hypocritical for unions to demand an “employment stipend,” considering how often they advocate against school vouchers.

RELATED: After Backlash Intensifies, San Francisco May Not Rename Schools After All

A voucher typically allows lower-income students to use state dollars to fund their education and escape troubled public schools. Teachers unions typically oppose the policy, however, arguing that it deprives public schools of necessary funding.

“Leave the policies up to the school systems and their allocation purposes; do not allow influence to pressure how they spend funds because of some outside interest,” Cody said.

While United Teachers Los Angeles exploited the tragedy of COVID-19 to satisfy its agenda, children suffered the academic and mental health consequences.

Indeed, a CDC report conducted last year appeared to affirm the emotional impact school closures had on students. From early April to October, the number of mental health-related visits for children aged 5 to 11 and 12 to 17 had increased by 24 percent and 31 percent, respectively, compared with the same period in 2019.

Instead of dictating how public schools can safely reopen their doors, teachers unions should step back and allow those in charge to reintegrate children to normal, in-person learning.