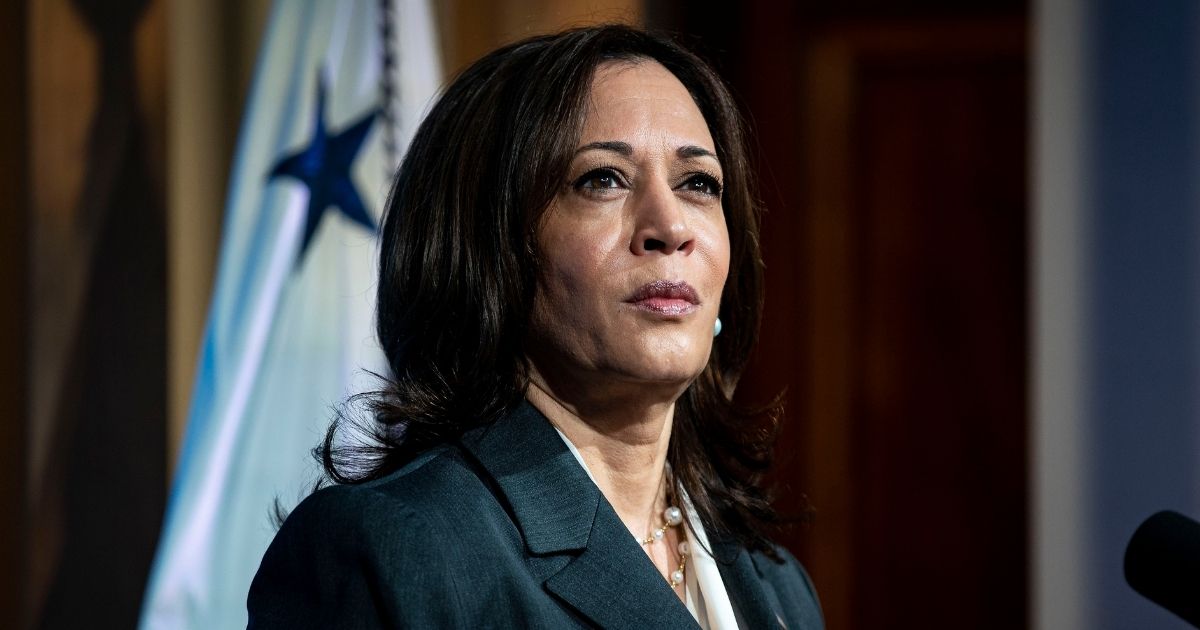 Vice President Kamala Harris said Thursday that “extreme climate” is one of several root causes behind the surge of illegal migrants at the southern border.

Harris made her comments at a roundtable on the Northern Triangle, where she discussed the ongoing migrant crisis at the overwhelmed U.S.-Mexico border.

The Northern Triangle refers to El Salvador, Guatemala and Honduras.

According to the Council on Foreign Relations, hundreds of thousands of people flee these countries every year due to “chronic violence, corruption, and poverty.” Most head to the United States.

Local governments in the Northern Triangle have tried several “pro-development,” “tough-on-crime” policies with help from the U.S. to stem the exodus. Yet those attempts have only seen little success.

Migrants from this region constitute a large portion of the illegal aliens unlawfully entering the country in the 2021 border crisis still going on to this day, according to the think tank.

During the Thursday roundtable, Harris suggested that to solve the border crisis, the administration must “address both what I think of as the acute and the root causes of migration.”

Between late October and mid-November, two months before the crisis at the border began around January 2021, two powerful hurricanes, Hurricane Eta and Hurricane Iota, struck the Northern Triangle, according to information from the U.S. Agency for International Development.

The Northern Triangle countries are also part of a region known as the Central American Dry Corridor. According to the Food and Agriculture Organization of the United Nations, the Dry Corridor is suffering from one of the worst famines it has seen over the last ten years. The crisis has left 3.5 million people requiring humanitarian assistance, according to the organization.

Harris also mentioned “extreme poverty,” “violence, “corruption” and shortage in economic opportunities as factors the administration is looking at.

Harris, assigned to help solve the border crisis by President Joe Biden, will meet virtually with Guatemalan President Alejandro Giammattei on Monday to discuss the situation, according to Fox News.

The vice president also plans to visit the Northern Triangle in June.

Despite it being more than three months since the border crisis began, neither Biden nor Harris has stepped foot near the border.