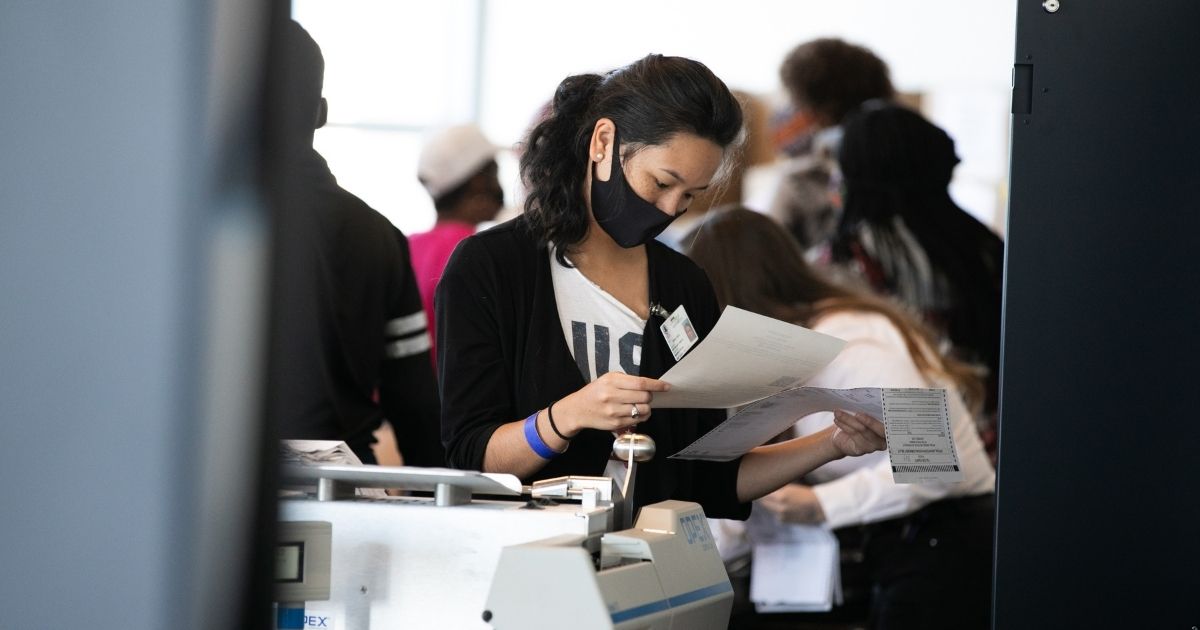 The Trump campaign was dealt a controversial legal defeat Thursday alongside Republican allies in Georgia, as the state judiciary moved to vacate a party lawsuit regarding absentee ballots.

According to local Fox News affiliate WAGA-TV, Chatham County Superior Court Judge James Bass ruled without explanation that the judiciary would not intervene to ensure late-arriving 2020 presidential election ballots were counted and stored separately from the remaining votes cast, in accordance with state law.

The coastal county, which encompasses Democratic-controlled Savannah, became the subject of potential election fraud allegations in the wake of election night when official poll observers reported seeing at least 53 late-arriving absentee ballots shuffled into a batch of unquestioned ballots to be counted.

County officials contradicted the claim in a just one-hour hearing Thursday, testifying that the ballots had arrived on time and were part of the original batch.

The Trump campaign’s lawsuit in Georgia has been dismissed.

Judge James F. Bass of the Eastern Judicial Circuit of Georgia writes the court found “no evidence” that ballots challenged “were received after 7:00pm on election day, thereby making those ballots invalid.” pic.twitter.com/k0j95K3wPa

Once a Democratic Party stronghold, Georgia took on the role of right-leaning electoral battleground in recent decades, with every Republican presidential candidate since Ronald Reagan having claimed the state, save for George H. W. Bush in his 1992 re-election bid.

Democratic presidential nominee Joe Biden sought to ding Republican confidence in Georgia this year, spending no shortage of time and money in the state.

Aided in part by two hotly contested U.S. Senate races on the down-ballot, however, Biden kept things much closer in Georgia this time around as Edison Media Research Inc. data analysis revealing the candidate leads Trump by a razor thin margin, with more than 98 percent of precincts tabulated at the time of this report.

Joe Biden’s lead over President Trump widened to 7,248 votes overnight as provisional ballots from Fulton County were counted. We are still in recount territory, but there’s only a small number of votes left to tally. #gapol pic.twitter.com/VgFpqP4amZ

Georgia is not the only state in which the Trump campaign has sued to stop the counting of potentially late or legally illegitimate ballots. Litigation also began Thursday morning in Michigan and Pennsylvania, with Wisconsin well on the way to recount.

Initial results saw Trump winning out in Pennsylvania, but as the week dragged on the lead appeared to collapse.

On Friday, the U.S. Supreme Court seemed to foreshadow potential legal victory for Trump in the state, however, with Justice Samuel Alito ordering state officials to ensure late ballots were counted separately until the court could review case holdings, according to The Washington Post.

Establishment media outlets officially called the race for Biden on Saturday afternoon, despite the close margins and ongoing legal challenges.

Do you trust that late ballots are being counted separately?

While both candidates declared victory for themselves this week, a sizable slew of Trump allies has advocated in favor of leaving the race undecided until all legal votes are counted and all results are certified.

Judicial challenges like these will be worth keeping an eye on in the coming weeks as a result, serving to decide whether late-arriving votes will count and what exactly constitutes a legally valid ballot.

There is no hard evidence to suggest Trump campaign victories in court will swing the projected election results, however — only that they might prevent the counting of illegitimately cast votes.

Cruz jokes Orlando is nice, but not as nice as Cancun

City Announces Plan to Pull $120 Million from Police Budget to...