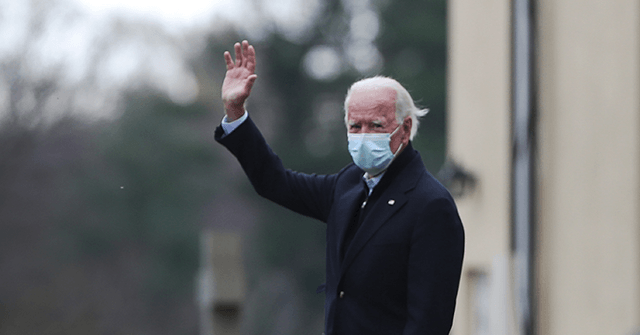 JPMorgan economists said Friday that they expect the economy to contract slightly in the first quarter of next year.

While most economists have been projecting growth throughout the year in 2021, JPMorgan economists now expect a one percent decline in the first quarter. The economy will then pick up steam, expanding at a 4.5 percent annualized rate in the second quarter, 6.5 percent in the third quarter, and 3.8 in the fourth quarter, the economists forecast. For the full year, they project robust growth of 3.4 percent.

“This winter will be grim, and we believe the economy will contract again in 1Q,” the economists wrote.

The coronavirus pandemic and government response will continue to dominate the economy, in their view.

“By a wide margin, the course of the virus has been the most important factor shaping the outlook,” the bank’s economists wrote.

The economy “now faces the headwind of increasing restrictions on activity. The holiday season — from Thanksgiving through New Year’s — threatens a further increase in cases,” they wrote in a note.

“We think the trends in the labor market should roughly follow what we expect for consumer spending — job growth should weaken noticeably around the turn of the year as the virus weighs on the economy, and then pick up again early next year once vaccine distribution eases virus concerns and fiscal support boosts growth,” the economists wrote.
They expect a new round of stimulus spending, writing:

This year’s unprecedented fiscal support was crucial in jump-starting the current recovery. We expect more fiscal action next year — with a baseline assumption of $1 trillion by the end of 1Q. If realized, this would further support the case for strong growth in 2Q and 3Q.

Of course, if the current bitter partisan divide continues, that may prove too optimistic. Without stimulus, the first quarter contraction would be deeper and the recovery would arrive later, by their estimates.