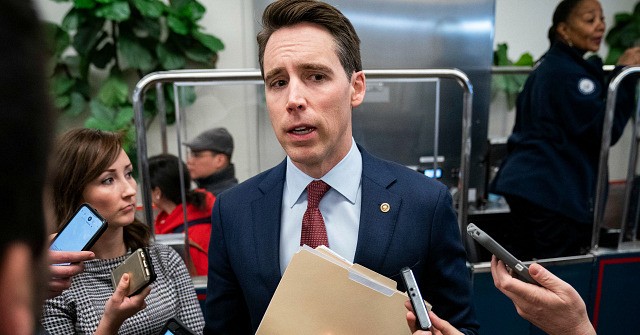 Sen. Josh Hawley (R-MO) says he has been approached by a Facebook whistleblower who alleges coordination between Facebook, Google, and Twitter to suppress and censor their platforms.

Hawley announced via his Twitter account that the whistleblower has provided him with evidence of the alleged coordination, and that he will question Twitter’s Jack Dorsey and Facebook’s Mark Zuckerberg about it at a hearing of the Senate Judiciary Committee tomorrow, where both CEOs will testify.

The Missouri senator, a vocal critic of big tech, says the whistleblower has also alleged that Facebook has an internal platform to manage the coordinated censorship.

“I’ve heard from [A Facebook] whistleblower who revealed Facebook and Google and Twitter coordinate to censor,” said Hawley. “Facebook has an internal platform to manage it. I’ll be asking Mark Zuckerberg and [Jack Dorsey] about this at tomorrow’s hearing.”

I’ve heard from @Facebook whistleblower who revealed @Facebook and @Google and @Twitter coordinate to censor. Facebook has an internal platform to manage it. I’ll be asking Mark Zuckerberg and @jack about this at tomorrow’s hearing

Breitbart News has reported extensively on social media websites increasing their censorship leading up to the 2020 Presidential election. Twitter stated last week that it put labels on 300,000 user posts from October 27 to November 11 for violating rules related to election misinformation. Twitter also implemented a retweet feature that required users to add their own comments before retweeting a post on the platform.

Between election day and Friday of last week, Twitter labeled around 34 percent of President Trump’s tweets and retweets as “disputed.” Breitbart News has reported extensively on this, noting recently that 25 of President Trump’s posts across Twitter and Facebook were labeled or disputed within 24 hours.

The hearing’s topic focuses squarely on the widespread censorship of news and political speech that occurred in the weeks and months leading up to election day 2020. The hearing’s title is “Breaking the News: Censorship, Suppression, and the 2020 Election.”

Allum Bokhari is the senior technology correspondent at Breitbart News. His new book, #DELETED: Big Tech’s Battle to Erase the Trump Movement and Steal The Election, which contains exclusive interviews with sources inside Google, Facebook, and other tech companies, is currently available for purchase.