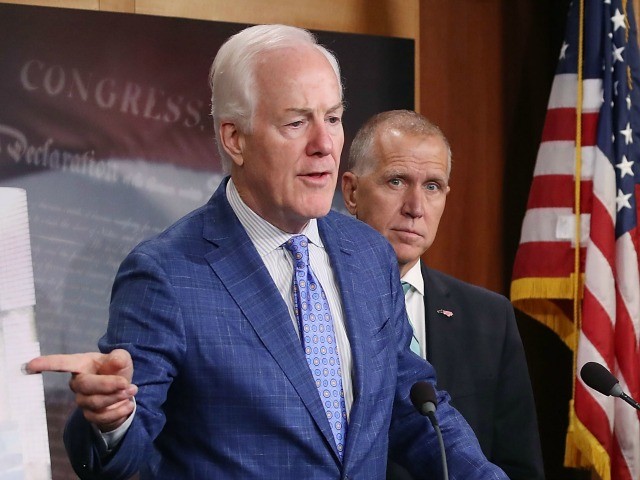 Sen. John Cornyn (R-TX) is reportedly talking to Sen. Chris Murphy (D-CT) and is willing to search out “common ground” for gun control.

Cornyn mentioned having “quiet conversations” with Murphy for the purposes of “[finding] common ground.”

Murphy also reached out to Sen. Mike Braun (R-IN). Politico observed Braun “said that he’d be open to a narrower attempt, but not the kind of comprehensive legislation Democrats want.”

WAVE 3 TV indicated Braun came out in favor of “better background checks” and a red flag law in August 2019. His support for the gun control measures came after Indiana adopted a red flag law at the state level.

Despite the red flag law, Indiana witnessed a high profile, mass public attack at a FedEx facility on April 15, 2021.

Colorado has a red flag law and universal background checks, yet the state witnessed a high profile, mass public attack at a Boulder grocery store on March 22, 2021.