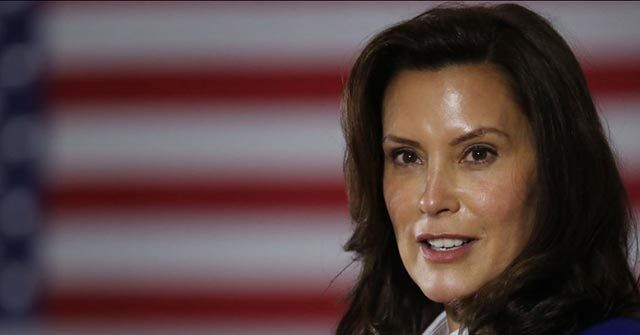 Witt said, “We have the president ramping up his campaign against election results. They have conducted an audit of ballots specifically cast in Antrim County. They have reaffirmed the 2020 election results. This is a county where a clerical error inspired some baseless conspiracies of fraud. Let me get specific in this audit, the president picked up 12 votes, nothing anywhere close to the hundreds of thousands that he claimed in that interview with Rudy Giuliani. 12, he got 11 on his own accord, and one because there was a ballot that went for Joe Biden that should not have. Okay, 12. So we have this audit. Does this finally put these theories to rest?”

Whitmer said, “I think these theories were put to rest before this audit, but hopefully, this is one more data point for people to see Joe Biden won this election. And he won it handily. He won Michigan by 140,000 votes. It’s fourteen times the size of Donald Trump’s victory just for years earlier that they called it an overwhelming victory four years earlier. It was secure. Votes have been counted. I don’t know how many at the time Joe Biden has won the presidency.”

She added, “Let’s be clear, the rhetoric of 2020 has been driven by the White House, and it has created a very dangerous environment for people who are simply trying to do their jobs. Our secretary of state who ran an excellent election by all measures, the Georgia secretary of state, Republican, same situation. Dr. Fauci even has gotten threats.”