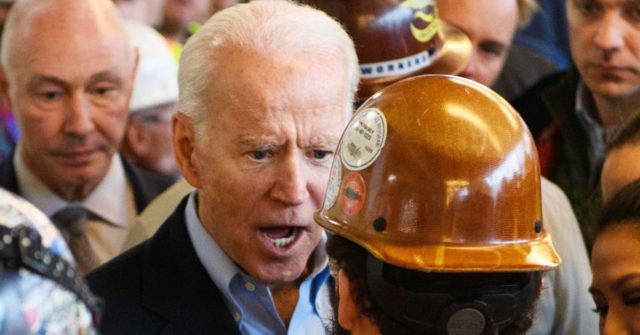 President-elect Joe Biden plans to cancel the permit for the Keystone XL pipeline on his first day in office, according to several news sources.

The decision delighted advocates of the so-called “Green New Deal,” but will disappoint Biden’s own political allies in the trade union movement, who had backed the pipeline for the thousands of jobs it would create.

The Keystone XL pipeline would run from Canada’s oil sands in Alberta across the border and into Nebraska. From there, the oil would be pumped through existing pipelines to refineries in the Gulf of Mexico. The project passed environmental reviews under the Obama administration, but was stalled due to opposition from environmental groups concerned about climate. (Supporters of the pipeline noted the oil would be extracted, regardless: the alternative was export to China.)

President Donald Trump issued an executive order on his third full day in office effectively giving the green light to Keystone XL, inviting it to re-apply for permits and instructing federal agencies to move the project along rapidly.

Biden, who is the presumptive Democratic Party nominee, promised in May that he would stop the Keystone XL pipeline “for good” if he was elected president.

But it may all be to no avail, as Politico reported Sunday evening:

The move is billed as one of Biden’s Day One climate change actions, according to a presentation circulating among Washington trade groups and lobbyists, a portion of which was seen by POLITICO. The decision was not included in incoming chief of staff Ron Klain’s Saturday memo outlining Biden’s planned executive actions during the first days of his presidency.

The Keystone pipeline is & always has been a disaster. I'm delighted that Joe Biden will cancel the Keystone permit on his first day in office. With all of the major crises facing America, we must never lose sight of the most existential threat facing our planet: climate change. https://t.co/8lDZDOgsVy

Sanders did not mention the unions, nor the workers on the pipeline, or the jobs that would be created in related industries.

Conservatives have defended the pipeline as environmentally sound, as well as helpful for America’s energy security. But liberals have targeted it as a symbol of the fossil fuel industry.

Biden also reportedly intends to rejoin the Paris Climate Agreement upon taking office, though even climate experts admitted it did little to curb emissions. The U.S. has reduced emissions even while opting out of the Paris accord, and even while growing the economy — thanks in large part to the fracking industry, which has assisted in moving the U.S. from coal to natural gas as a cleaner-burning energy source.

Joel B. Pollak is Senior Editor-at-Large at Breitbart News and the host of Breitbart News Sunday on Sirius XM Patriot on Sunday evenings from 7 p.m. to 10 p.m. ET (4 p.m. to 7 p.m. PT). His newest e-book is How Not to Be a Sh!thole Country: Lessons from South Africa. His recent book, RED NOVEMBER, tells the story of the 2020 Democratic presidential primary from a conservative perspective. He is a winner of the 2018 Robert Novak Journalism Alumni Fellowship. Follow him on Twitter at @joelpollak.