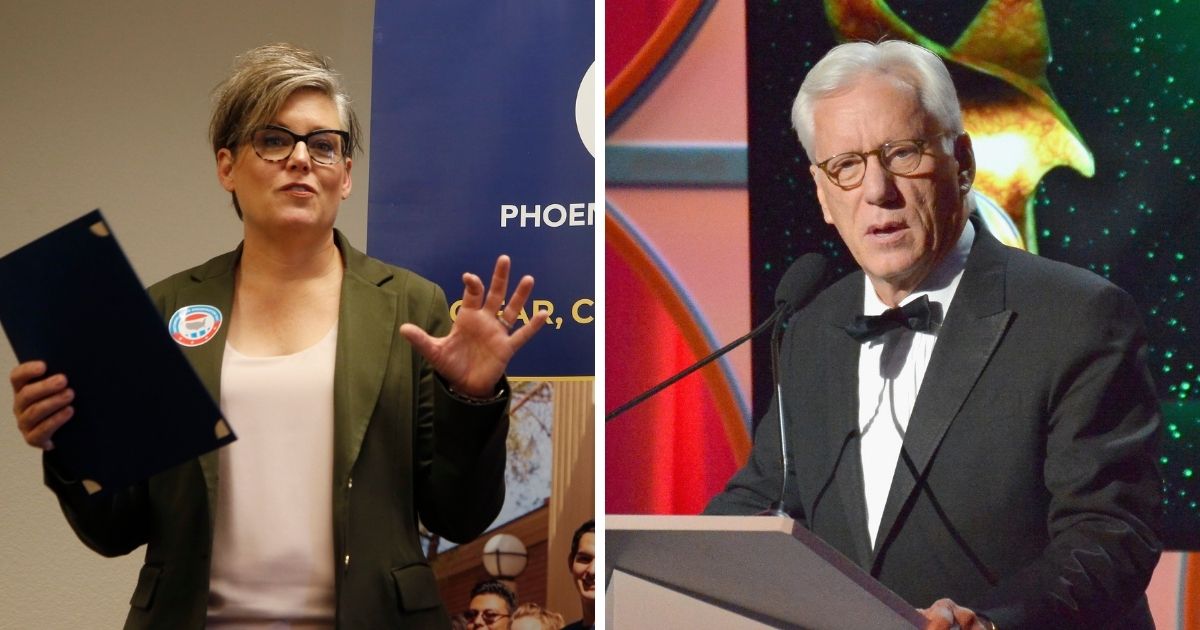 It’s no exaggeration to say the whole world’s watching as the American presidential election plays out in overtime.

But it’s a good bet there aren’t many watching closer than James Woods.

One of the few outspoken conservatives in the circles of Hollywood stars, Woods has been a consistent and vocal supporter of President Donald Trump for years. On Thursday, nine days after polls closed nationwide, Woods published a tweet that drew heightened attention to a key figure in one of the country’s key states:

A figure virtually unknown outside the Grand Canyon State, Hobbs has a deeply partisan history in Arizona politics, rising to her current office in the election of 2018 after serving as a Democratic representative in the state House and as the Democratic minority leader in the state Senate.

But Hobbs isn’t just any partisan Democrat. She has a history of social media posts that show an antipathy toward Trump and his supporters that sounds like the equal of any antifa thug in the streets of Portland or Seattle.

In fact, Woods highlighted a Hobbs tweet from 2017 that called Trump backers the president’s “neo-nazi base.”

This woman is calling every Trump voter a “Nazi.” As Arizona’s Secretary of State, she will be in charge of any recount. Should she not recuse herself after vocally dismissing half the electorate in her state? pic.twitter.com/i7EMngdeiR

“This woman is calling every Trump voter a ‘Nazi,’” Woods wrote. “As Arizona’s Secretary of State, she will be in charge of any recount. Should she not recuse herself after vocally dismissing half the electorate in here state?”

It doesn’t take a MAGA hat to know that’s a legitimate question.

In her office as secretary of state, after all, Hobbs has the duty of ensuring that every legal voter gets a fair shake — including voters who support a man she apparently considers the founder of a potential Fourth Reich.

Leave aside the fact that those Democratic hysterics are as grossly insulting as they are groundless (if any party resembles Hitler’s National Socialists after all, it’s not Republicans). What matters here is the utter contempt the comes through loud and clear.

The President is on the side of the freaking Nazis. Don’t just say stuff – DO SOMETHING!!! https://t.co/Es9ScskF58

RELATED: ‘I'd Be Honored': James Woods Responds to AOC After She Suggests Compiling List of Trump Supporters

Now, as the Examiner pointed out, the publication of the “Nazi” posts followed the August 2017 clash in Charlottesville, Virginia, that left a young woman dead.

Leftists have maliciously lied about Trump’s statements about Charlottesville ever since, claiming he called white supremacist protesters “fine people.” He didn’t, and any honest person who cares enough to be informed knows it.

But Hobbs’ posts attacking Trump supporters didn’t start with the Charlottesville incident. In October 2016, she took a page from her party’s then-candidate for president Hillary Clinton and actually called Trump supporters “deplorable.”

There is so much deplorable at Trump rallies it’s hard to keep track.

This kind of treatment isn’t new to Trump and his supporters, of course.

Since Trump announced his run for the presidency in 2015, he has been under relentless attack from not only Democratic opponents, but also the mainstream media, the Hollywood and entertainment elite, the biggest names in academia and literally every other cultural institution in American life.

His supporters long ago understood they weren’t getting respect anywhere but among themselves, which alone would go a long way toward explaining the astonishing turnout at Trump’s campaign rallies.

Do Trump supporters have a reason to be suspicious of the results in Arizona?

But they have every right to expect at least a modicum of fairness from the very elected officials in their state who are charged with ensuring the integrity of the voting process.

In Arizona, however, they are forced to rely on a woman with a documented, undeniable history of calling Trump supporters “neo-nazi” and accusing the president of supporting “freaking Nazis.”

Oh, and they’re all deplorable to boot.

As the gap between Trump and Democratic nominee Joe Biden’s votes narrows in Arizona, and as the potential grows for the presidential election to become enmeshed in further electoral fights and courtroom contests over other states like Pennsylvania and Georgia, Trump supporters have the right as American citizens to be able to have confidence that those entrusted to enforce the law are actually doing so — that every legal vote matters.

But with officials like Hobbs in charge, with a history of contemptuously insulting half her electorate, that confidence is going to be lacking in those who need that fairness the most.

At the moment, that’s Trump’s tens of millions of supporters who are currently on the losing end of the presidential battle.

Most aren’t as rich as Woods, or as famous as Woods. But they’re watching just as closely as Woods.