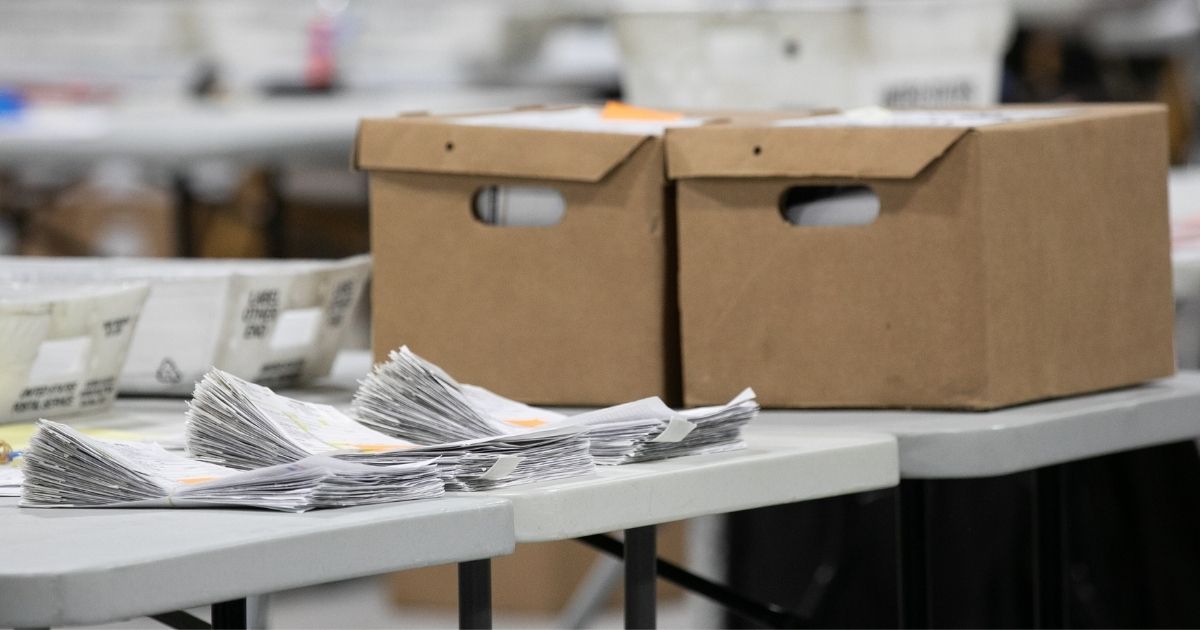 For almost four full years, Americans were fed a steady diet of outrage from our mainstream media and political elites regarding the Russia hoax.

“A foreign power interfering in our electoral process is a threat to our very democracy,” they told us.

Russia’s actual crimes during the 2016 election amounted to little more than spending a few hundred thousand dollars on Facebook ads (spreading disinformation about both Democrats and Republicans, by the way) and meeting with various representatives of the Trump campaign to discuss aspects of future U.S.-Russia relations.

Joe Biden has not yet been officially declared the winner of the election, yet he has already bragged about being in contact with various foreign leaders to discuss the would-be future of his presidency.

Yet when Gen. Michael Flynn engaged in similar discussions on behalf of the Trump campaign in 2016, such behavior was tantamount to treason and resulted in an all-out assault by the Obama Justice Department on the general.

Where is the outrage from the media and the political establishment?

Even after the Mueller Report was released exposing the hoax, the feigned indignation carried on for months before finally petering out in favor of the media’s newfound fury over an imaginary scandal involving Ukraine.

Yet here we are a week after the 2020 election, and virtually every day that passes yields evidence of potential new incidents of voter fraud; not by sinister actors from a foreign power, but by fellow Americans.

Do you think there should be harsher penalties for election fraud?

Remarkably, those same mainstream media personalities, and those same establishment bigwigs, seem not to have the slightest interest in even broaching the issue. And if they do happen to mention voter fraud, it’s brought up not as a serious matter, but only as an example of President Trump being a sore loser.

Therefore, a question: Wouldn’t election-related shenanigans by fellow American citizens, if true, be much more egregious than those by foreign players?

In Pennsylvania, there have been several accusations of irregularities and fraud, including accounts of observers being kept from effectively performing their duties.

Additionally, Trump attorney Rudy Giuliani points to several other concerns in the state, advising, “Many cases are going to be filed; some big, some small. This is going to be eventually a big case.”

Meanwhile in Michigan, there have been accusations of late-arriving ballots being counted illegally, almost 5,000 duplicate voter registrations, and over 2,500 dead people being registered to vote. Though evidence of such fraud is still being gathered, we are also very early in the game.

And while similar scenarios are playing out in Arizona, Nevada and elsewhere, the media talking heads dismiss such talk as conspiracy theories, and political party VIPs just shrug their shoulders — including many Republicans.

RELATED: Pat Nolan: Thou Shalt Not Steal… an Election

A common talking point from the left regarding current claims of voter fraud is that such claims lack evidence. Good journalism demands adequate evidence, fair enough. But at least with these allegations there are typically names associated with eyewitness accounts.

With the Russia hoax, there was never any valid evidence provided, yet we were bombarded with coverage purporting the narrative to be totally legitimate.

Furthermore, the same media that’s pooh-poohing voter fraud as a genuine problem ran to their keyboards in early September to jump on the bandwagon with The Atlantic when they reported on a since-debunked story that President Trump had called fallen soldiers “losers.” That story didn’t have a single source on the record, but instead simply relied on “anonymous” sources — aka figments of the media’s imagination.

Another common assertion is that even in cases of proven voter fraud, such incidents are not “widespread,” and those illegal votes would not affect the outcome of the election.

Equally important, of course, is the effect that instances of voter fraud have on Americans’ confidence in the integrity of our elections.

If we can’t trust an election’s results, how can we trust the government that election yields? This was a point that was frequently made during the Russia hoax, and one that would have been justifiable if there had been any validity to their accusations.

Any democracy needs to have faith in the integrity of their elections, and failure to achieve that trust will only sow increasing resentment and skepticism. Regardless of that fact, those who should care don’t, and choose instead to brush off the idea as if it were just dandruff on their overcoat; nothing to see here, folks.

The left and their media are typically fully on board with any story of election cheating, provided the villains in that story are rascally Republicans.

Democratic candidate Stacey Abrams lost the Georgia governor’s race in 2018 by a whopping 54,000 votes, yet her claims of having been the true winner are generally met with applause by nodding media accomplices.

Hillary Clinton, when she’s not wandering around Chappaqua looking for sympathy, will tell anyone who’s willing to listen that President Trump stole the 2016 election from her.

Yet with the possibility of voter fraud spread across multiple states in what they told us was the “most consequential” election in history, those same people just yawn at the very idea of consequential voter fraud.

Even Fox News appears to be uninterested in having a discussion about potential fraud, with host Neil Cavuto recently cutting away from White House press secretary Kayleigh McEnany’s news conference for having the audacity to mention “illegal votes.”

Perhaps part of the issue with voter fraud being brought up as a problem so often, and thereby being such a concern, is the lax sentencing for those who are convicted of it. Federal sentencing guidelines for such crimes state that a prison term be set at no more than five years, plus appropriate fines.

If someone sets out to undermine our electoral process by knowingly engaging in voter fraud, shouldn’t their punishment be harsher?

Considering the consequences of their actions, which could arguably be reasoned are treasonous, wouldn’t a prison term of closer to 20 years, or even 30 years, be more suitable?

There have been over 1,100 convictions of voter fraud in recent U.S. elections in virtually every state in the union, but ask yourself: When was the last time you heard any details regarding those convictions, including the sentences of those convicted?

One of the top trending hashtags on Twitter last week was #CountEveryVote, which competed with the more valid #CountEveryLegalVote.

Indeed, every legal vote should count in every election, and in every instance of voter fraud, any voter who had legally cast an opposing vote to a fraudulent one has been disenfranchised.

The actual level of voter fraud in last Tuesday’s election remains to be seen, and it will presumably take weeks or months before we learn the full truth. But all Americans should be sickened by voter fraud, no matter how widespread, and we should reject the idea that it’s no big deal.

The left and their media did get one thing right during the Russia hoax: We must ensure the utmost integrity in our elections, and failure to do so is a threat to our great democracy.