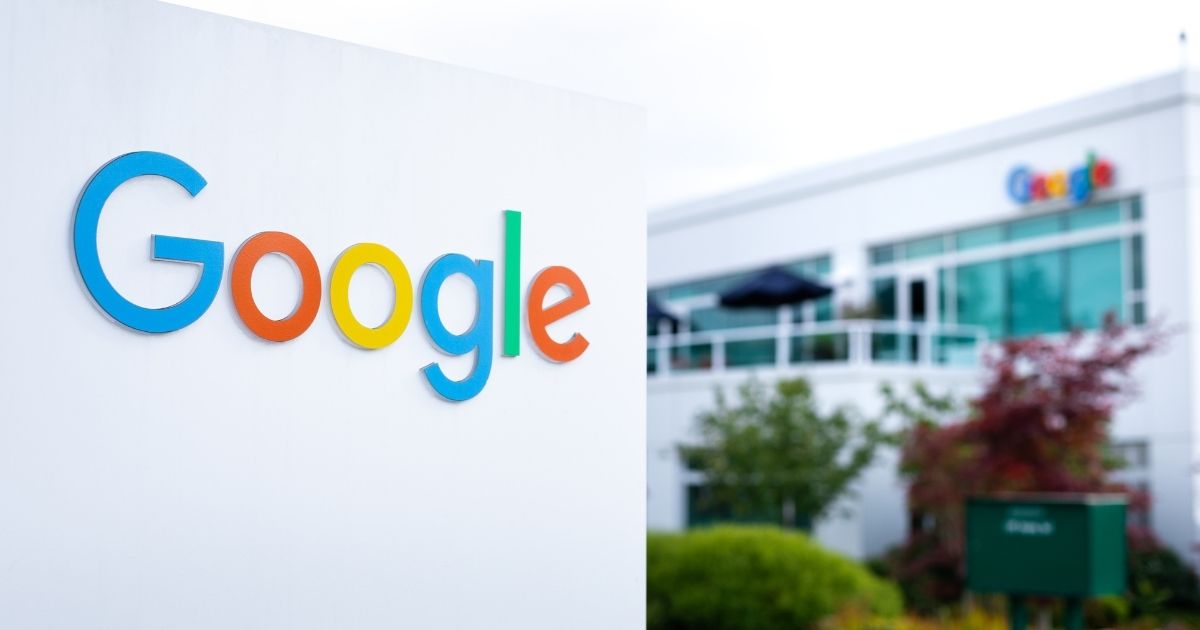 Finally, the movement to force accountability at Google appears to be receiving some momentum. Given Big Tech’s merciless election-year crackdown on free speech, of which the internet search monopolist played a key role, it’s not a minute too soon.

This also comes against a backdrop of increased scrutiny of social media behemoths Facebook and Twitter, which were again the subject of intense Senate hearings before the Judiciary Committee on Tuesday. All have a history of seeming to collude to suppress information. Google has repeatedly been accused of hiding search results that deviate from its own corporate viewpoints.

In the absence of any easy way to halt this cartoonish level of censorship, is the solution technical?

As a sign of what may be to come, Apple recently released updates to iOS 14 that broke with a decade of precedent by not featuring Google as its search engine on the home screen.

The reason appears to be that two landmark cases are nearing a closing. If the courts rule as many now expect them to, the end of the internet giant’s calcified monopolies may soon be near.

First, there’s Google v. Oracle. This 10-year-old case, in which Google has admitted to taking over 10,000 lines of code from Oracle’s Java program that became the underpinning of its Android mobile phone system, has finally reached the Supreme Court.

No one yet knows how the court will rule, but Justices Brett Kavanaugh and Neil Gorsuch have made clear that many of Google’s claims simply didn’t hold water. In fact, a majority of the justices seemed to indicate that favoring Google would strip copyright protections for the entire tech industry, which would be an absolute disaster.

Then, in October, the Department of Justice filed an antitrust lawsuit alleging that Google has used an array of anticompetitive practices to form and maintain its monopoly.

Do you think Google will get broken up?

Referencing the government’s past work, like the legendary breakup of Standard Oil, the DOJ indicated that a full bust-up of the tech giant may be necessary.

Add it all up and it’s clear that Google is not a natural monopoly, as some “free market” tech apologists claim.

By appearing to ignore U.S. antitrust and intellectual property laws, it was built into a $1 trillion market-cap company that dominates 90 percent of online search traffic and 70 percent of the mobile operating system market. This allowed it to gobble up large chunks of the digital ad market and flight and hotel searches, not to mention sites that track user movements, such as the roadway app Waze and the home security app Nest.

Now, however, the end appears near. The high court and federal government’s recent actions may soon bring to a close Google’s artificial monopoly over the search and advertising markets — and as Apple’s otherwise-curious ditching of the Google search engine shows, foster a new era of tech competition for the American economy.

Should these legal decisions go as anticipated, the hundreds of companies Google has seemingly overpowered, overrun or bought outright to maintain its various niche market positions will follow Apple’s lead. Even search engine firms such as Microsoft’s Bing could see a resurgence.

Google seems intent on trying its luck in court on the lawsuit filed by the DOJ and the 11 attorneys general. It did not enter a motion to dismiss, which is typical in such cases and has indicated it will answer the Department of Justice’s charges before the next hearing, to be held Dec. 21.

Perhaps the firm already has planned for the breakup and is preparing for the next step. Or it will successfully evade antitrust allegations. It even could be settling in for another long battle as it did with Oracle – after all, it still hasn’t lost a case that has been going on for years even though it essentially has conceded the plaintiff’s point.

It’s certainly no mystery why a potential Biden administration is already stuffed to the gills with incestuous Silicon Valley executives who will attempt to undo any new restrictions on their out-of-control antics.

But the Supreme Court and Department of Justice finally appear ready to force Google to alter the way it does business with other tech monsters, which could mean big changes for users.

Antony Blinken Says He Has Not Seen Proof that AP, Hamas Were in Same Building

Some vaccinated people vow to keep wearing masks indefinitely — despite...

Antony Blinken Says He Has Not Seen Proof that AP, Hamas...

Antiracism Zealots Trying to Silence Black Voices Like Mine