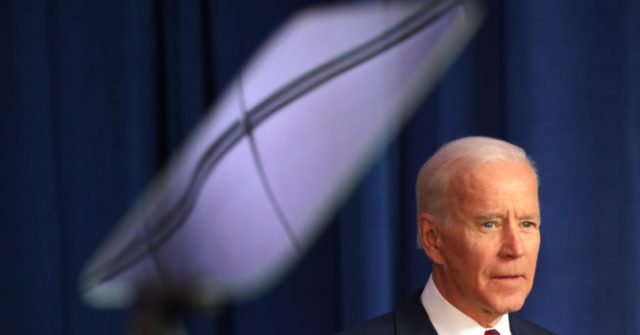 Iran’s president Hassan Rouhani on Sunday applauded the possibility of Joe Biden entering the White House, saying it would mean a return to Barack Obama’s discredited 2015 nuclear deal and an obedient U.S. “complying with international agreements.”

Hassan Rouhani’s comments mark the highest-level response from Iran to Biden and Kamala Harris gaining office, as predicted by the mainstream media.

“Now, an opportunity has come up for the next U.S. administration to compensate for past mistakes and return to the path of complying with international agreements through respect of international norms,” the state-run IRNA news agency quoted him as saying.

One of Trump’s signature foreign policy moves was withdrawing the U.S. from the Joint Comprehensive Plan of Action (JCPOA), or Iran nuclear deal, and introducing punishing economic sanctions in its place.

He described the deal as the “worst, horrible, laughable” piece of foreign policy applied by the U.S. in generations, a product of Barack Obama’s legacy of Middle East appeasement.

The sanctions targeted Iran’s crucial oil industry and cut Tehran’s access to its revenues abroad by blacklisting its banking sector, among others.

“The Iranian regime would prefer to deal with a Biden administration.” https://t.co/myz7GY46IK

“The people of Iran, though their heroic resistance against the imposed economic war, proved that the U.S. maximum pressure policy was doomed to fail,” Rouhani said. He added Iran “considers constructive engagement with the world as a strategy.”

Iran’s First Vice President Eshaq Jahangiri for his part said Iranians “will not forget the pain caused by the widespread disruption of their livelihood, lack of patients’ access to medicine and the assassination of the dear general” Qasem Soleimani.

Soleimani, who headed the Revolutionary Guards’ elite Qods Force, was killed in an American air strike near Baghdad airport in January.

Biden decried that action, saying he would not have moved against the proven Islamist terror leader.

Joe Biden, who opposed the raid on Osama bin Laden, says he would not have ordered the strike on terrorist leader Soleimanihttps://t.co/5noRYCqs6w pic.twitter.com/PKHHGXSCWR

Biden, whom the Associated Press declared president-elect on Saturday, has already tasked his transition team with focusing on how to leverage the “executive power” of the Oval Office, according to the Washington Post.

CNN’s Cuomo Opens Show by Ignoring Brother, Criticizing FL and TX and Saying Vaxed Have Had Rights ‘Infringed Upon’ by Unvaxed

When a Pandemic Becomes a Phobia