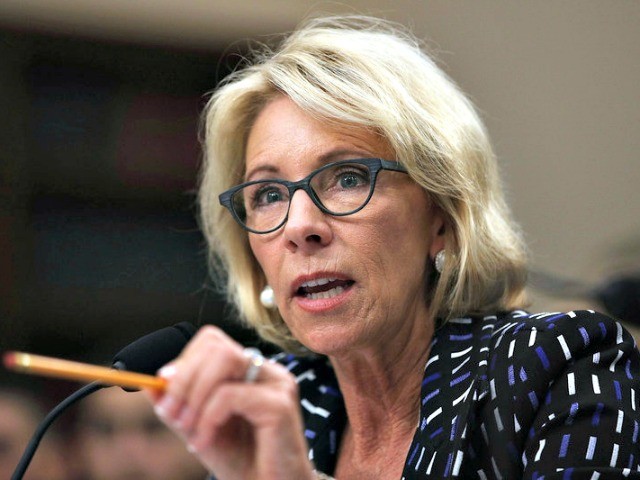 Education Secretary Betsy DeVos resigned Thursday, citing the president’s role in inspiring his supporters to riot in the Capitol on Wednesday.

“Impressionable children are watching all this, and they are learning from us,” DeVos wrote in her resignation letter sent to the president on Thursday night.

The news was first reported by the Wall Street Journal.

DeVos blamed Trump for inciting the violence on Capitol Hill after rallying with supporters in front of the White House to protest the 2020 election.

“There is no mistaking the impact your rhetoric had on the situation, and it is the inflection point for me,” she wrote.

DeVos is the second cabinet member to resign after the riots that took place after President Trump rallied supporters to protest the 2020 election. Secretary of Transportation Elaine Chao also resigned on Wednesday.

DeVos and Chao are two of Trump’s original cabinet pick, and they remained with him for his entire first term.

DeVos wrote that the administration should have focused their efforts after the election highlighting the president’s record of accomplishment for Americans.

“Instead we are left to clean up the mess caused by violent protesters overrunning the U.S. Capitol in an attempt to undermine the people’s business,” she noted disapprovingly. “That behavior was unconscionable for our country.”