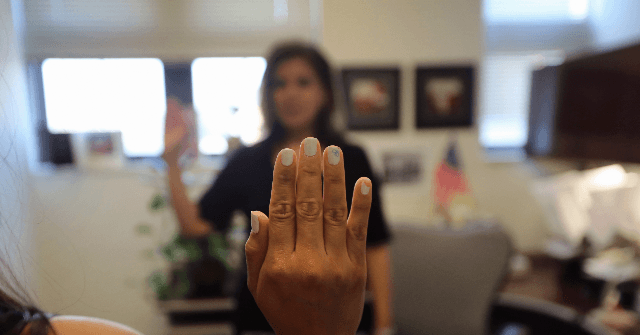 People who want to become an American citizen must pass a test that deals with U.S. history and government. But according to the Immigration Impact website, recent changes to the test are meant to make it more difficult to become a citizen.

There are no changes to the English portion of the naturalization civics test. You must demonstrate an understanding of the English language, including the ability to read, write, and speak basic English.

The agency also notes that people who do not pass the test have a second opportunity to do so.

“If you fail any part of the civics test at your first interview, you will be retested, only on the portion of the test that you failed, between 60 and 90 days from the date of your initial interview,” the announcement said.

But the immigration activists’ website, run by the American Immigration Council, sees the changes differently:

We work to strengthen America by shaping how America thinks about and acts towards immigrants and immigration. We work towards a more fair and just immigration system that opens its doors to those in need of protection and unleashes the energy and skills that immigrants bring.

The website reported that the total number of questions has increased from 100 to 128 and that applicants will be verbally asked 20 questions and must answer at least 12 correctly, an increase from six out of 10:

A longer and more challenging test will likely prevent some immigrants from becoming citizens. It will also delay the citizenship process for hundreds of thousands more who are already waiting in months- or years-long backlogs.

These changes come on the heels of other targeted efforts that make it harder to become a U.S. citizen, including higher naturalization fees, increased vetting, and backlogs in citizenship applications.

Some of the questions have been made explicitly more difficult—even though there’s no evidence the old test wasn’t challenging enough.

The article gave some examples of changes the organization finds troublesome:

“Some New Questions Have a Political Slant,” the report said.

“One question in particular raises concerns of politicization. On the old test, applicants could be asked ‘Who does a U.S. Senator represent?’ The suggested answer was ‘all people of the state.’ On the new test, the suggested answer is ‘citizens of their state.’”

The report then claims that the “citizens of their state” is not a correct answer, even if citizens are the only individuals who can elect Senate members.

“This is not correct,” the report said. “Members of Congress represent everyone who lives within their district, regardless of citizenship status. It’s been that way since the nation was founded.”

The report noted that “the incoming Biden administration” could reverse the changes.