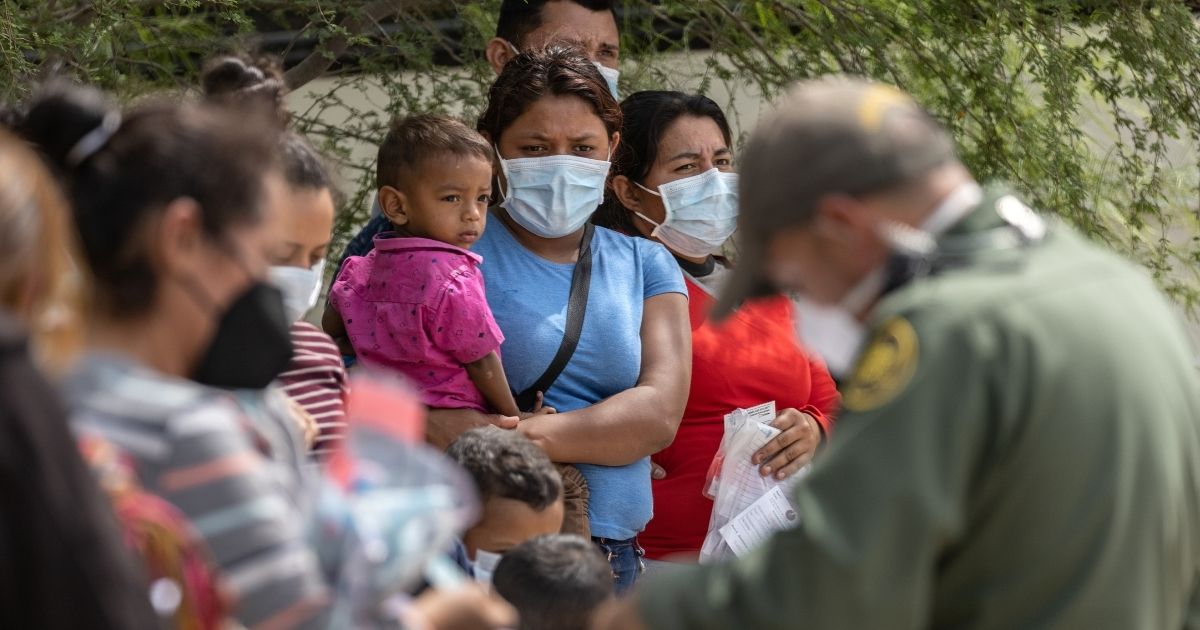 Over 170,000 migrants were arrested after crossing the southern border illegally in March, marking a 15-year high in total monthly crossings.

The number of border crossings in March is a significant increase from the nearly 97,000 migrants who were arrested at the border in February, The Wall Street Journal reported.

The Biden administration has struggled to control the situation as migrants continue to surge across the border, overwhelming resources and overcrowding facilities.

Single men, families with young children and unaccompanied minors have all swarmed the border.

Over 53,000 family groups arrived at the border in March, a sharp increase from the 7,300 who arrived in January, according to the Washington Examiner.

TRENDING: Nearly Half of All New US COVID Cases Are Coming from 5 States

March hit a total that has not been seen since the George W. Bush administration in 2006.

However, Mexican men were the largest demographic of people trying to enter the country in 2006 in comparison to families and children from other countries currently arriving in huge numbers.

A record-high of 18,890 unaccompanied minors crossed the border from Central America in March, surpassing the previous record of 11,861 set in May 2019.

The Biden administration has continued to enforce Title 42, a Trump administration public-health policy that allows agents to turn away migrants crossing the border without arresting them, due to the coronavirus pandemic.

Do you think the Biden administration should do more to control the border situation?

If migrants are turned away, they can’t apply for asylum, according to The Wall Street Journal.

Migrants have since attempted to cross the border without being detected by Border Patrol.

A Biden administration official told the Washington Examiner 28 percent of single adults and family members tried to sneak into the country multiple times in March.

“We have made significant progress, and we have taken action since Jan. 20,” an official said. “We have added thousands of beds for unaccompanied children. We have leveraged thousands of federal government and outside volunteers.

“We have sent millions in humanitarian aid to Central America to address the hurricane, hunger, and violence in the region. We have adjusted and created new policies to increase the throughput of kids.”

RELATED: Texas Rancher Reveals He and Neighbors Have Made Disturbing Discoveries on Their Properties

The Department of Health and Human Services had to reopen an emergency shelter in Texas on Feb. 22 and is considering reopening a similarly controversial facility in Florida to try to provide additional housing for migrant children.

Department of Homeland Security Secretary Alejandro Mayorkas is scheduled to visit two parts of the southern border on Thursday, according to the Washington Examiner.

He will visit McAllen and El Paso, Texas, to meet with non-governmental organizations, law enforcement officials and “stakeholders” concerned about the surge of migrants crossing the border and being released into the communities.