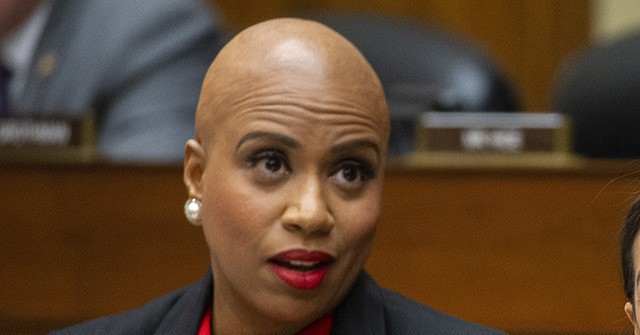 During an appearance on MSNBC’s “The ReidOut,” Rep. Ayanna Pressley (D-MA), a member of the so-called “Squad,” slammed Republicans for opposing additional COVID-19 relief measures in the name of fiscal responsibility.

Pressley called that opposition “corrupt” and “cruel,” adding that Congress was able to National Defense Authorization Act with a price tag of $740 billion.

“It is more of the same from this GOP-led Senate, who continues to carry the corrupt, cruel and callous water of the Trump administration,” she said. “They are completely disconnected and removed from the hardship that American people are experiencing every day, hardship that has been caused by a pandemic that Donald Trump allowed to rage out of control because of his willful criminality, which has created great economic hardship. At this point, these are not even stimulus checks. These are survival checks. My constituents need these monies to remain safely housed. We are looking at an eviction tsunami, at the threat of a tent city throughout this country, in the midst of a second surge of a pandemic.”

“Families need these monies to remain safely housed, to purchase groceries, to purchase diapers, to purchase formula, to purchase inhalers — $600 does not even cover one month’s rent,” Pressley continued. “And the fact — the reason why — I want the American people to understand this. This is only a part of the negotiations, direct cash relief, because of what the Democrats have been fighting for and what progressives have been fighting for, for the last eight months is direct cash relief and reoccurring payments. It is the Democrats who have been fighting for rent and mortgage cancellation, eviction foreclosure moratoriums, for worker protections. It is the Republicans who have been obstructionists at every turn for the last four years of any progress. They have been obstructionists in voting rights in the Emmett Till anti-lynching bill, in an infrastructure bill, in reducing the cost of prescription drugs.”

“And if they can approve a $740 billion NDAA, I don’t want to hear about a deficit, because the only deficit is a deficit of empathy, and their abdication of responsibility to lead and to provide the American people for real relief for the hurt that they are experiencing,” she added. Georgia, do your thing. I know we’re asking a lot from Georgia, but do your thing, Georgia. Do what you do. All eyes are on Georgia. Mitch McConnell, Loeffler, Perdue, they are the Bonnie and Clyde of corruption. They are all the same. We need to regain control of the Senate. Georgia, do what you do.”