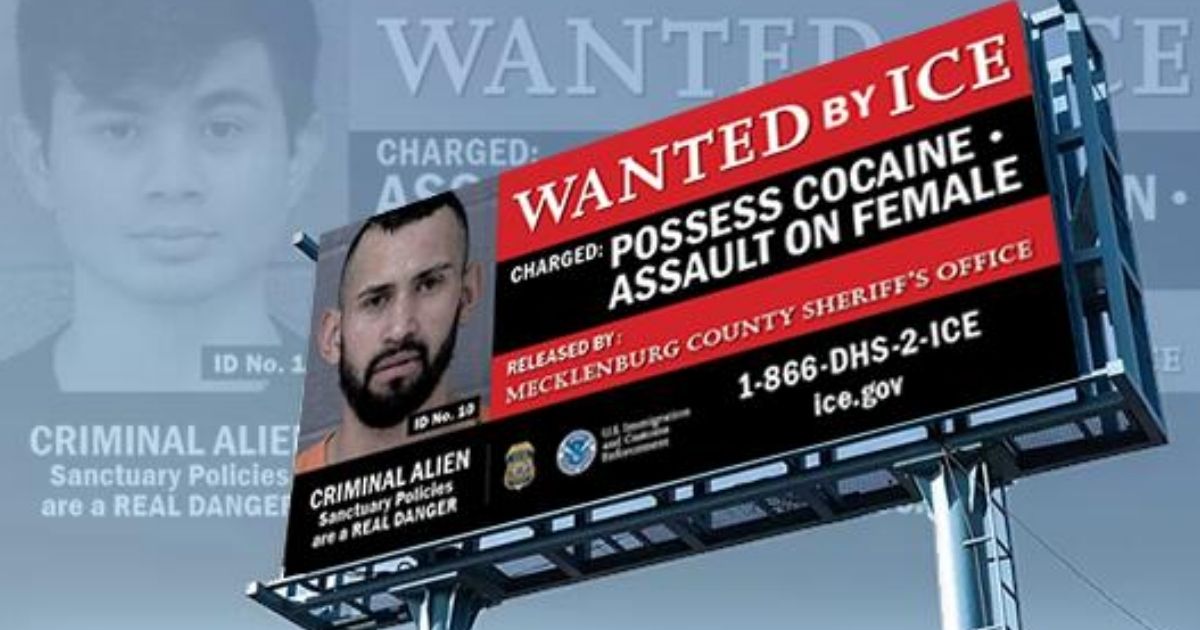 @ICEgov / TwitterImmigration and Customs Enforcement billboards displaying the faces of wanted illegal immigrants facing criminal charges are “misinformation,” according to the North Carolina sheriff who released the inmates. (@ICEgov / Twitter)

Immigration and Customs Enforcement billboards displaying the faces of wanted illegal immigrants facing criminal charges are “misinformation,” according to the North Carolina sheriff who released the inmates.

The billboards feature the mugshots of multiple illegal immigrants who were arrested on charges including assault, rape and felony drug possession and then released by the Mecklenburg County Sheriff’s Office, according to an ICE news release.

“I do not release individuals from custody as ICE’s billboards suggest. Rather, when a Judge or Magistrate ORDERS that an individual SHALL BE RELEASED upon fulfilling certain terms and conditions including payment of a bond, I abide by that Court Order as I am REQUIRED to do so by law and by my oath of office,” McFadden wrote in a news release.

McFadden said he was “disappointed in the tactics that ICE employs” and that the billboards convey “misinformation.”

“Too often sanctuary policies limiting cooperation with ICE result in significant public safety concerns because they release dangerous individuals back into the community we are attempting to protect,” acting ICE director Tony Pham said in a statement.

Do you support sanctuary policies?

“ICE will continue to enforce immigration laws set forth by Congress through the efforts of the men and women of ICE to remove criminal aliens and making our communities safer,” Pham added.

The billboard advertisements show five illegal immigrants who were reportedly released by the Mecklenburg County Sheriff’s Office instead of being handed over to ICE.