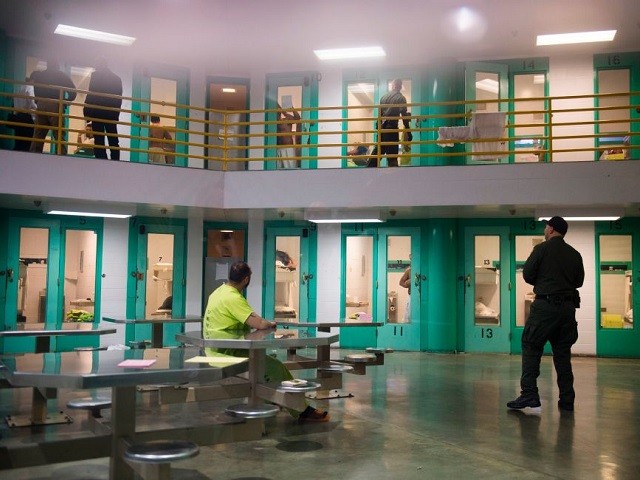 Immigration and Customs Enforcement (ICE) agents, tasked with enforcing federal immigration law, are being instructed to free all detainees in their custody, as President Joe Biden’s administration halts deportations.

In addition, the memo tells agents that “all cases” of detainees in ICE custody are now to be considered “no significant likelihood of removal in foreseeable future” — suggesting all detainees will need to be released.

“Release them all, immediately,” the ICE official wrote to staff in the memo. Typically, if detainees do not have sponsors in the United States, agents can hold an individual in their custody. The memo, though, states that is no longer the case and that even detainees without sponsors must be released.

It is unclear if ICE is currently carrying out the mass release of all 14,195 detainees in its custody, 71.45 percent of whom are convicted criminals or have pending criminal charges. These detainees are currently held in approximately 138 facilities across the United States.

ICE has halted all deportations, regardless of the criminal convictions of an illegal alien, as a result of Biden’s executive order stopping removals for at least 100 days. The initiative is a long-term goal of the open borders lobby, which has sought a permanent end to deportations.

ICE officials have not responded to a request for comment in time for this publication.